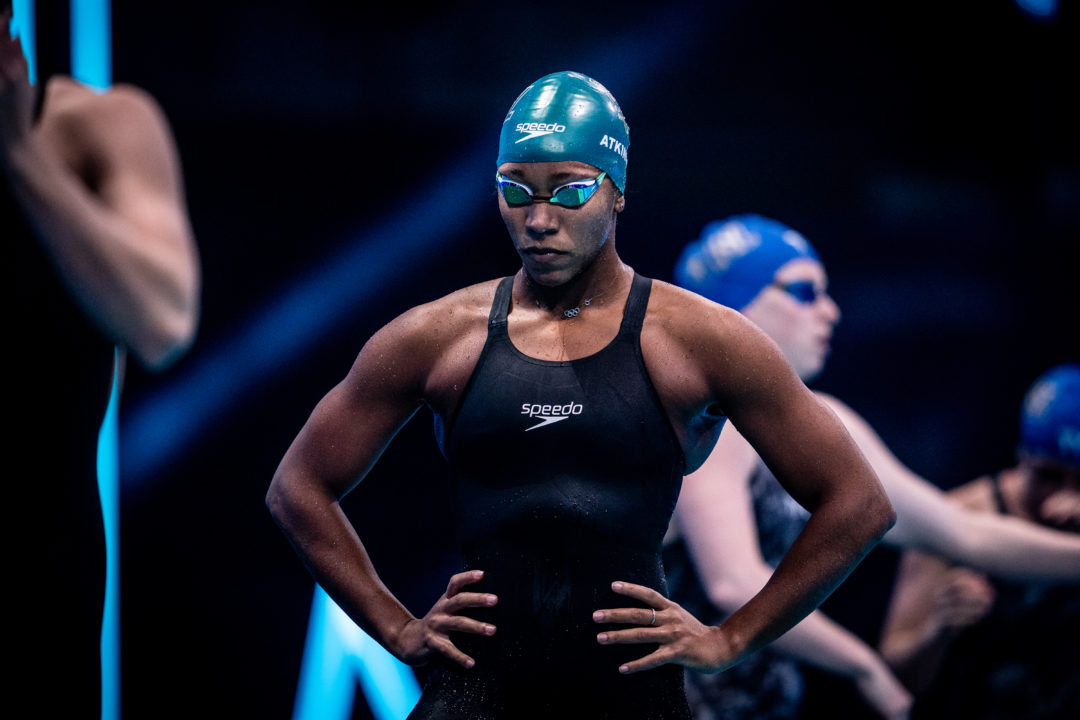 Catch up on the latest edition of Beyond the Lane Lines, our collection of swimming stories collected from around the web. Archive photo via Mine Kasapoglu for ISL

The 19th FINA World Aquatics Championships are set for May 13th – May 29th, 2022 in Fukuoka, Japan. Organizers of the world’s largest swimming competition, which expects to see over 2400 athletes from approximately 190 countries, have opened the solicitation process for competition medal designs.

Anyone who lives in Fukuoka City, Kumamoto City or Kagoshima City and is at least 20 years of age as of April 1st of 2021 is able to submit designs to be used at both the World Championships and Masters World Championships. They have until September 30th of 2021 to submit, with organizers charging designers with incorporating the ‘water meets the future’ competition theme.

The University of the West Indies (UWI) has revealed that an honorary Doctorate of Laws (LLD) degree will be bestowed upon Jamaican Olympian Alia Atkinson later this year.

Atkinson is one of 14 high-profile Caribbean constituents who will be receiving an honorary degree from UWI in recognition of their outstanding contribution to regional and global development. In addition to breaststroking ace Atkinson, philanthropist Gary ‘Butch’ Craig Hendrickson and poet Linton Kwesi Johnson are among the honorees.

Nominations from across The UWI’s five campuses were approved by the University Council, at its sitting on April 30, 2021. These 2021 graduands will join a list of over 450 honorary degree recipients conferred by the regional University since 1965.

Atkinson represented Jamaica at the 2020 Tokyo Olympic Games where the 32-year-old made her 5th Olympic appearance.

Atkinson is set to receive the honor in early November on the UWI campus in Mona, Jamaica.

Former American national age group record holder Vinny Marciano has moved on from swimming and has channeled his athletic spirit into mountain climbing.

Marciano won the New Jersey 100y freestyle state title when he was a freshman, putting him in the conversation as a budding U.S. sprint star. However, Marciano lost his love of swimming, with the now-20-year-old telling The New York Times recently that “I loved competing, but it got to the point where I hated going to practice.”

Instead, Marciano is heavy into the climbing game, training up to 4 hours a day, 5 days a week, either at his Marist College climbing gym or at his practice wall in the family garage.

Marciano has no hard feelings toward his past life as a swimmer, saying,  “I’m not like, oh, I wasted 10, 11 years of my life. A lot of the techniques — training and competition — I can apply to whatever I do.” (NYT)

British Swimming is mourning the loss of chairman Maurice Watkins CBE, who died at the age of 79.

In his chairman role since 2012, Watkins was responsible for having appointed Chris Spice as National Performance Director and Bill Furniss as Head Coach of the British Swimming team in 2013. Watkins also appointed British Swimming CEO Jack Buckner in 2017.

Before his time with British Swimming, Maurice was a director at Manchester United FC for 28 years and served as head of sport law for Brabners Solicitors in Manchester, as well as taking in roles as interim chairman of the Rugby Football League in 2012, Barnsley FC chairman for four years and as a director of Lancashire County Cricket Club.

Maurice was made a CBE in the Queen’s Birthday Honours list of 2011 for his services to charity. He was hugely involved in fundraising for the NHS Royal Manchester Children’s Hospital Charity for more than 15 years, leading the charity in its three-year, £20m new Children’s Hospital appeal.

Buckner said of Watkins’ impact, “I have been fortunate to experience Maurice’s personal dignity and humility. He has been a leader of deep wisdom and patient intelligence, the wise steward at the heart of the sport.

“Even in his last days, his total focus was on Tokyo and the great events which unfolded there. Maurice, a piece of these medals belongs to you.

“Thanks for your massive contribution to British Swimming and everything you have done for British sport.”