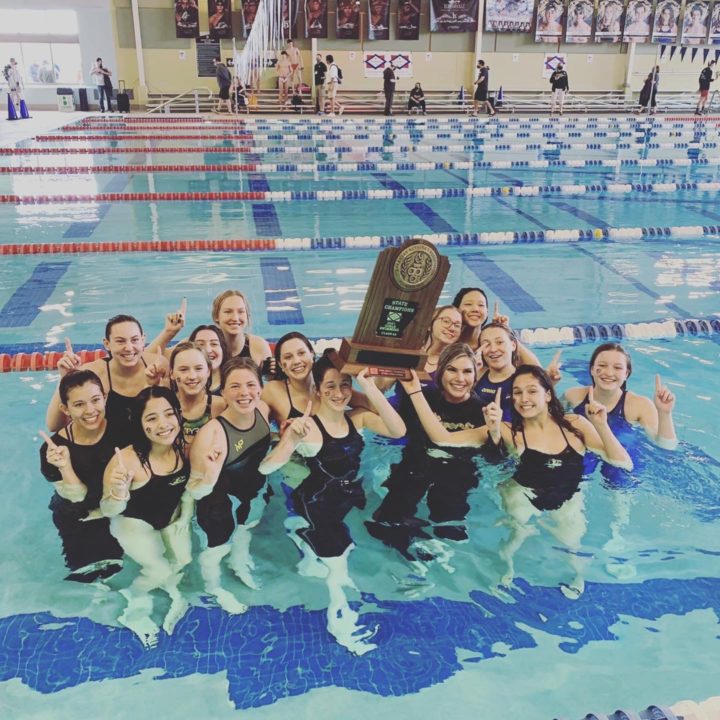 CIF-SDS canceled the 2021 Swimming & Diving Championships on Friday, marking the second year in a row that San Diego swimmers will forgo a championship meet.

Matt Fallon, a senior at the Pingry School in New Jersey, wrapped his high school career on Thursday with a National High School Record.

Bentonville swept the team titles at the AAA 6A (large school) Girls & Boys State Swimming Championships. This was the girls fourth title in a row while the boys captured their first title since 2017.

The girls 100 butterfly was a close race as the top three finishers were separated by 0.20 seconds. Addison Wicklund of Rogers would claim victory in 58.17, out-touching Spencer (58.18) and Brooklyn Anderson of Conway (58.37).

The boys meet was a tight race between Bentonville and Little Rock Central. Central won five events to Bentonville’s two but Bentonville used their depth, particularly in the 100 backstroke, to win the meet.

Jack Henry Forrest of Central would help pick-up four of their five event wins as he was the only swimmer on the boys side of the meet two win two individual events. Forrest, who finished third in 2020, would pick up his first win in the 200 freestyle with a time of 1:41.16. Forrest, who won the 500 free last year, opted for the 50 free for his second individual event. This proved fortuitous as he won with a time of 21.56.

Central’s fifth win would come in the 100 freestyle. Bahgat, the runner-up in this event last year, captured his first individual state title with a time of 46.84, over a second ahead of the second place finisher.

Phillip Stanley of Little Rock North would capture his first individual state title in the 200 IM. Stanley, who finished third in 2020 and fourth in 2019, would use a 26.69 freestyle split to pull ahead and finish first in 1:53.06.

Kevin Brumfield of Springdale, the third place finisher in the 200 IM, would win his first state title, taking home the 100 butterfly in 51.16.

Conner Boatright of Har-Ber had a dominant win in the 500 free. Boatright, the runner-up in the 200 free, led the field from the start to finish in 4:33.26, more than 10 seconds ahead of the second-place finisher.

Aiden Bird of Conway would jump up from his sixth place finish in 2020 to win the boys diving title with 395.30 points.