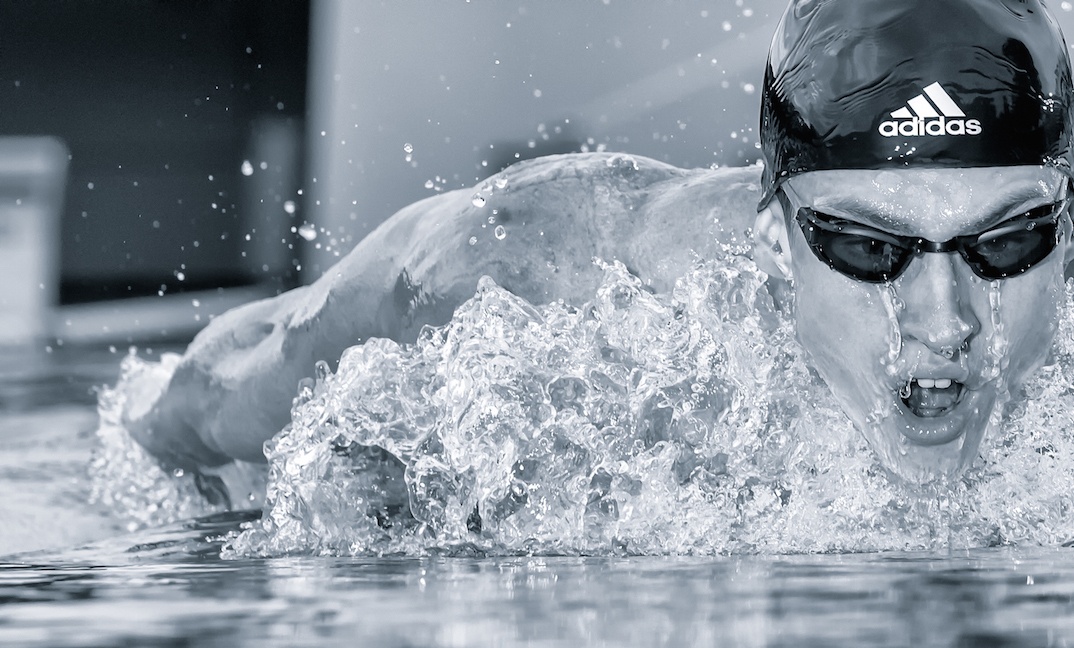 by Rachel Lutz Ben Proud doesn’t pull any punches when summing up his dedication to the sprint events. “Sprint has... Current photo via Mike Lewis/Ola Vista Photography

Ben Proud doesn’t pull any punches when summing up his dedication to the sprint events.

“Sprint has always been my passion,” the English swimmer said. “I’ve tried longer distances, but my love for swimming falls in the 50-meter because it’s basic and simple — no tactics, purely a test of speed, skill, and training. It’s precision.”

Proud was born in London but joined his first swim team at age 7 when he was living in Malaysia. It was there that he fell in love with speed.

“Growing up in Malaysia, I was never pushed to do an event that I didn’t want to do,” Proud said. “I had to do what I enjoyed, which was sprint. There was never any emphasis on longer distances.”

Proud suspects that had he grown up in the UK, there would have been a push for him to do longer distances, which he said would have been “detrimental” to his sprint success. He left Malaysia for Britain at 16, when he got the feeling he could make a career out of swimming. Others around him saw the potential too. Before he left, a friend jokingly asked him to sign his autograph.

“My first autograph I remember signing was for a friend,” Proud said. “It was more of a humor factor of getting me to sign something before I became ‘too famous’! But I think that just shows the kind of belief I experienced from friends back then and continue to do so now.”

Proud appeared in his first world championships in 2013, where he made the semifinals of the 50-meter butterfly and finished 18th in the 50 freestyle. He had a breakout performance the following year, winning gold in both events at the Commonwealth Games.

At the 2015 World Championships, Proud made the finals in both of his events. But with only one of them included in the 2016 Olympics, he stuck to his training plan of focusing most of his time on the 50 freestyle. Despite all that, the events are related, he said.

“The 50 in both go hand in hand,” Proud said. “Since swapping my focus to the 50 freestyle, my training has always been 70 percent freestyle, 30 percent butterfly. I’ve always felt that butterfly comes more naturally to me, so freestyle training takes more focus.”

In Rio, Proud finished fourth in the 50 freestyle. The roller coaster of his first Olympic Games left him with “mixed emotions,” he said.

“There was part of me that was proud to be up there, even just swimming in the final,” he said. “But there was a side that said, ‘What if I had given just that little bit extra?’ Then things would have been a little different.”

But reflecting on the fourth-place finish two years later, Proud thinks it might have been the best thing that could have happened to him.

“It put me in a position where I felt I was amongst the best swimmers in the world, but it also left that extra hunger that I’ve used in training ever since, pushing myself harder and harder,” he said. “I’ve always wondered if winning a medal in Rio would have changed my result at the World Championships.”

Hunger stayed with Proud and carried him to a career first: individual gold at Worlds. In Budapest, Proud won the 50 butterfly and set a British record of 22.75 seconds. He also came away with bronze in the 50 freestyle. Earlier this spring at the Commonwealth Games, Proud reached another career milestone: getting disqualified in a race for the first time. He won his 50 butterfly heat but was later informed of his false start. The gold-medal favorite and defending champion in the 50 butterfly moved on the starting blocks. Proud appealed, but the disqualification stood.

“It was a shock to me, a new experience, and I was unsure how I would cope with it,” he said. “After 24 hours of contemplation, I understood that this is the nature of sport. No matter how ready you are, the smallest of errors can have a big impact. But I think my six years of developing as a swimmer, both physically and mentally, have prepared me for moments like this. The teams I’ve worked with since I began swimming have put me in the best position possible to be able to cope with this sort of thing. It is a very key skill to teach yourself from early on that if something does go wrong, it is never the end of the world — there are always more opportunities to prove how good you are.”

Proud was right. The opportunities didn’t shrivel up, and he successfully defended his 50 freestyle title at the Commonwealth Games. And he knows there are still plenty more to come.

“I’m now two years away from Tokyo,” he said, “and the motivation is higher than ever to get amongst those medals.”

For someone who specializes in an event not included on the Olympic program, though, Proud wasn’t especially excited to hear about swimming’s expansion.

“Personally, I’d love it if the 50 fly were an Olympic event, as it would be a second chance to chase a sprint medal,” he said. “But at the same time, the current Olympic program works. If more events get added, the novelty of a gold medal would be diluted, which is why I was in slight disagreement with the addition of the new swim events to Tokyo 2020. If the 50 sprint events were also added, I think we’d see a new wave of swimmers coming through because more people would be able to emphasize their focus on the 50-meter distance.”

As your sponsor, how has adidas helped support your swimming journey? How did the brand prepare you ahead of the Commonwealth Games?

“I do feel very fortunate to be backed by a very motivated and driven team at adidas.  After two years of working with them and seeing how much they do behind the scenes, I feel I’m in the best hands and company to move forward to the next Olympics.  With the new release of the adizero XVIII it’s shown the forward progression that adidas are taking in developing its swim brand. CG was my first major international racing meet in the adizero XVIII, which has given me a lot of confidence leading into future competitions.”

Swimming news is courtesy of SwimSwam and adidas, a SwimSwam partner.