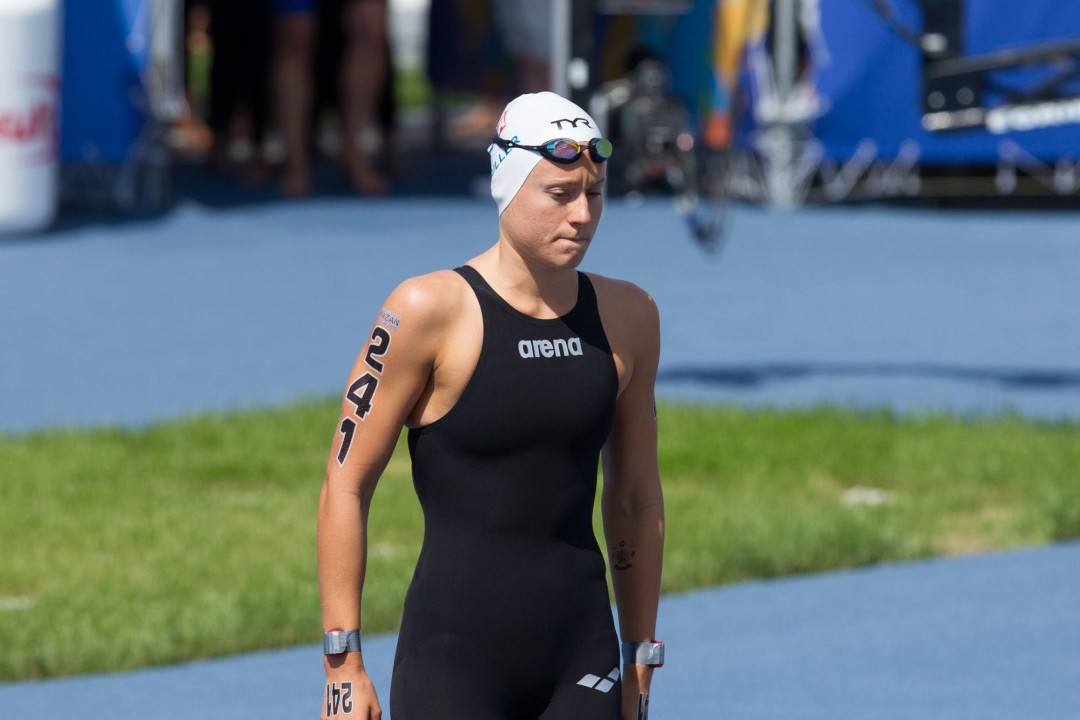 Another outstanding leg is in sight in the LEN Open Water Swimming Cup as reigning world champions will line up for the start in Barcelona on Saturday. Current photo via LEN Media

Van Rouwendaal and Paltrinieri both came back on day 2 ready to race, each collecting their second gold medals thus far.

Another outstanding leg is in sight in the LEN Open Water Swimming Cup as reigning world champions will line up for the start in Barcelona on Saturday.

The very best of open water swimming is offered once again at the LEN Open Water Cup, which is becoming one of the major features in the discipline’s global calendar. Just as the previous leg in Gravelines (FRA), this one also welcomes swimmers outside Europe, this times a Canadian squad joins the show in Barcelona.

The highlight of the race is the participation of the French national team: they are to start in full strength. The French made a big splash at last year’s World Championships and now all their 2017 world champions will swim on Saturday, like 5km and team gold medalist Marc-Antoine Olivier, winner of the 25km Axel Reymond and the women’s 10km champion Aurelie Muller.

However, it’s not going to be an easy cruise for them as there are a couple of great rivals especially in the men’s field, like title-holder and 2017 overall winner Kristof Rasovszky from Hungary, Germany’s European silver medalist Andreas Waschburger and a handful of young and hungry Italian and British participants.

According to the entry lists, the men’s race will see 53 swimmers at the start while 43 women signed up to swim the 10km course set up at the Mal de Fusta, the popular venue of the 2013 World Championships.