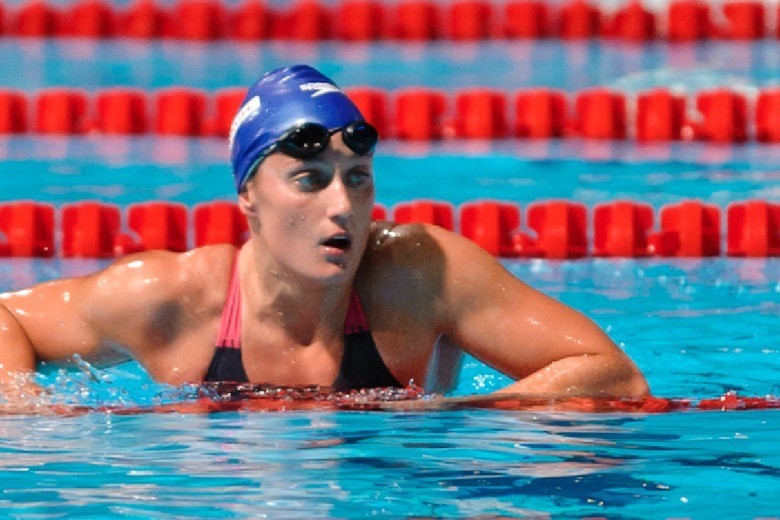 Mireia Belmonte collected wins in the 200 butterfly as well as the 400 freestyle and 400 IM... Current photo via Victor Puig

Spain’s Mireia Belmonte is back, set to compete in six individual events at the Spanish Short Course Nationals this week.

Upon her return to competition Mireia Belmonte captured a win the women’s 1500 freestyle on the first day of competition at the Spanish Short Course National Championships. Her second day back was even better than the first.

Belmonte was not the only swimmer to crack the top ten. Konrad Czerniak took the men’s 50 freestyle in a time of 21.47 which places him eighth in the world rankings while Jessica Vall won the women’s 200 breaststroke in a time of 2:21.84 which puts her 10th.

Carlos Peralta set a new meet record in the men’s 200 butterfly winning the event in a time of 1:53.34. Peralta was only eight one-hundredths of a second off the national record of 1:53.26.

There were several age group records set on Saturday. The first came in the men’s 400 freestyle where 18 year old Joan Casanovas took the event in a time of 3:43.06. In that same race 16 year old Cesar Castro posted a 3:47.38 breaking the national age group record.

13 year old Nadia Gonzalez broke the age group in the women’s 50 freestyle finishing in a time of 26.50. The final age group record was set by 17 year old Africa Zamorano who posted a 2:07.37 in the women’s 200 backstroke.