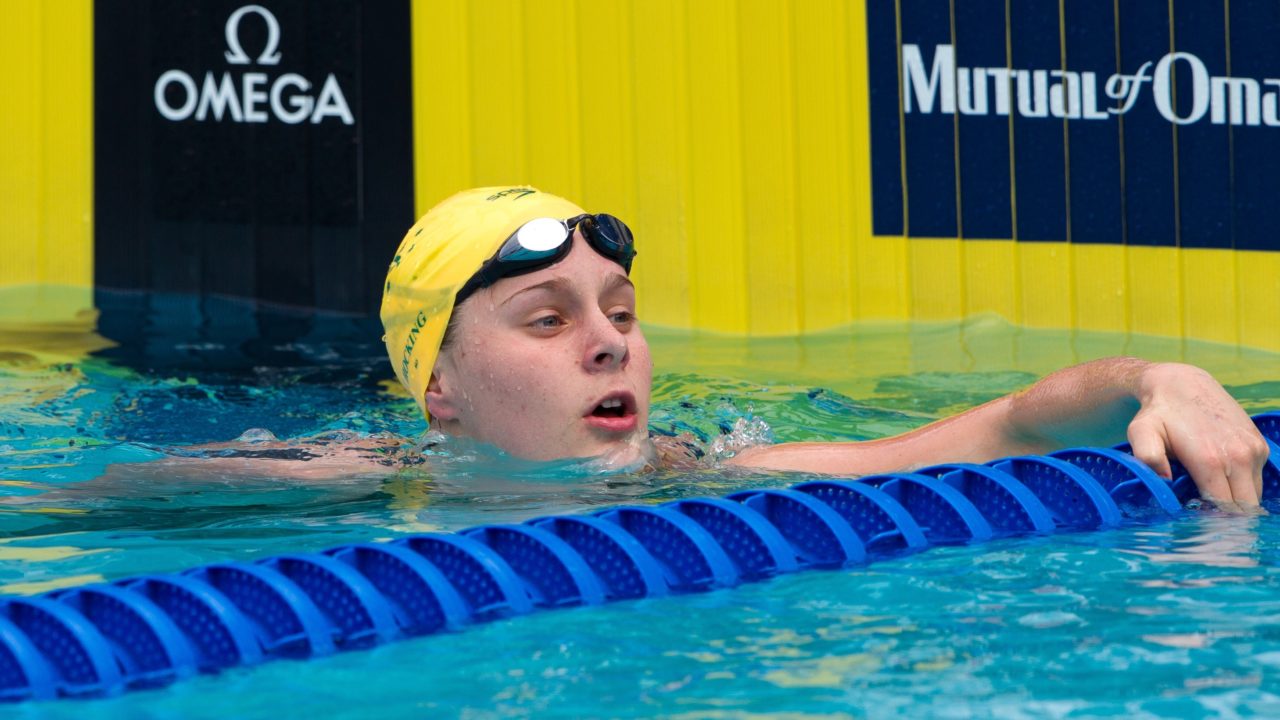 After missing the Victorian Record in the 200 backstroke on the first night of competition Olympian Belinda Hocking returned to...

After missing the Victorian Record in the 200 backstroke on the first night of competition Olympian Belinda Hocking returned to the pool on Saturday evening with her eyes on the 100 backstroke mark. Hocking out raced Short Course World Championship medalist Rachel Goh to win the event in a time of 1:00.47 breaking the Victorian Record of 1:00.55 which was set in 2011 by Grace Loh.

In the 100 butterfly 15 year old Jemma Schlicht gave Alicia Coutts all she could handle. Coutts won the event in a time of 59.23 with the youngster Schlicht not far behind in a time of 59.93.

Brenton Rickard went into the 100 breaststroke with the plan of leading the race from start to finish. He took the race out well ahead of the field turning at the 50 in a time of 28.91, but he could not hold off a fast charging Kazuki Watanabe who made up almost a full second in the second 50 to win the event in a time of 1:02.85 with Rickard finishing second in a time of 1:02.87.

In the men’s 800 freestyle there was no match for 16 year old Mack Horton. Horton who will be competing in the upcoming Australian Youth Olympic Festival won the event in a time of 8:10.87, 27 seconds ahead of the next competitor.

The winners of the Multi-Class events included: