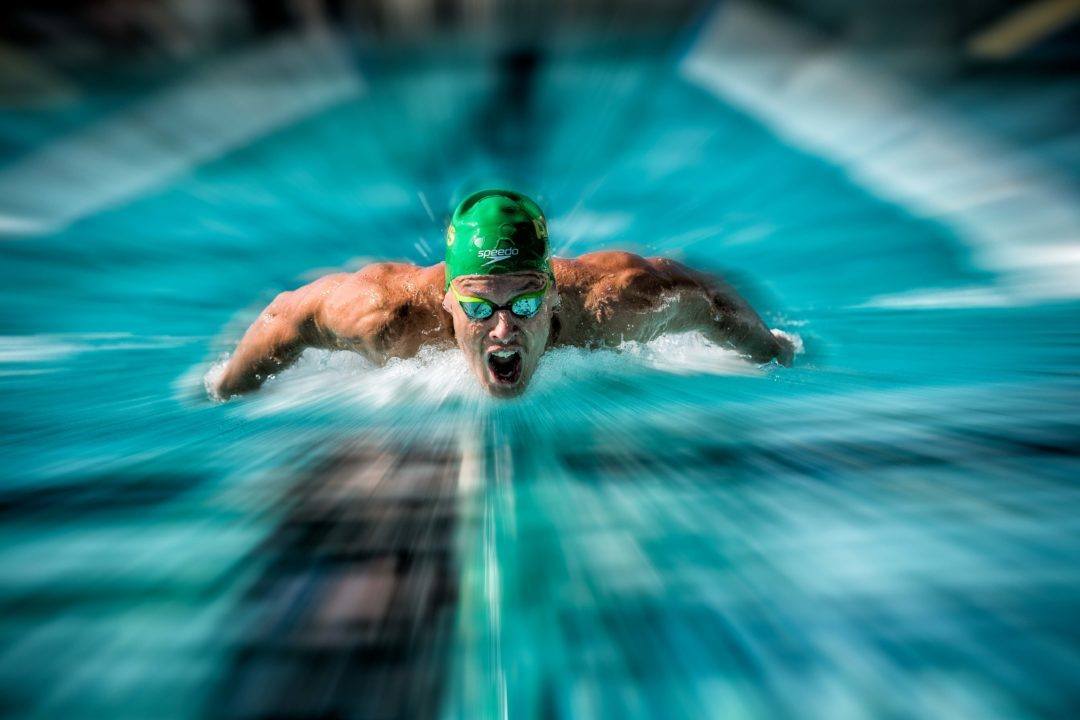 Mitch Larkin is one of the swimmers who has been working with Tom Barton using his unique combination of physiotherapy and yoga... Current photo via Mike Lewis/Ola Vista Photography

For the last eight years physiotherapist and yoga teacher Tom Barton has been working with many of the top Australian swimmers, including Olympic medalists Mitch Larkin, Cate Campbell and Bronte Campbell.

The Combination Physiotherapy and Yoga

In his 20s Barton began practicing yoga and quickly saw its benefits. Ten years ago after developing a consistent practice he began teaching. Since that point he has trained in several other modalities, such as pilates, but has not found anything that compliments swimming as well as yoga, “I have found that yoga compliments swimming. It is more fluid and more holistic.”

He also feels it is the perfect addition to his approach to physiotherapy, “I have always seen yoga as a practice of awareness. I see it in the same way as I look at physiotherapy. It is less of people lying on the table and getting hands on treatment, but more an investigation of what is going on with the body, educating and empowering the athlete.”

This unique approach has been desirable for many in the swimming community. The first group of elite athletes Barton worked with were coached by Vince Raleigh and included David McKeon, Jessica Ashwood and Jack Mcloughlin, “Vince had prior experience with yoga many years ago and was keen on the guys using it to gain proper mobility and for recovery.”

Since that point he has worked with many of the elite level swimmers in the Brisbane area. After working with Barton for the last five years Larkin who has seen incredible benefits from the combination of physiotherapy and yoga, “I started working with Tom as a physiotherapist in 2013 we than added some swimming specific yoga not too long after,” says Larkin.

“One of the things we work on is cross connection through the trunk – connecting moving from feet, legs, trunk, shoulders, arms. This connection can be transferred into the water allowing the body to move as one.”

In his time working with 100s of elite and age group swimmers across Australia he has seen several recurring themes with the two most common being a lack of trunk stability and the proper upward rotation of the scapula.

He feels the key for a swimmer to develop efficient movement is a strong connection between the ribs and the pelvis, “It is about the center out,” says Barton. “Creating small movements from the center then perpetuating into the periphery. My biggest thing is getting core stability, being able to control your ribs in relation to your pelvis.”

Creating that connection improves core strength and also has a major influence on the nervous system, “From a central nervous system perspective it creates a safety aspect. Things move better when your nervous system is not in fight or flight.”

“If you can create trunk control with your head, neck, rib cage and pelvis your central nervous system is happy knowing that you are strong and safe. From there the whole to system is going to start working better.”

For many years Barton has seen athletes treating the symptoms rather than the cause of an aliment that almost every swimmer experiences, shoulder pain. There are many potential areas of dysfunction that can cause pain, but one he often sees as the main culprit is the lack of ability to and the endurance in creating proper upward rotation with the shoulder blades.

“With swimmers we look at the shoulders and whether they can upwardly rotate their shoulder blades correctly. It is about getting that motor pattern as well as having endurance and the range of motion to get the full rotation.

“If they can get those two things the rest is going to take of itself.”

Testing is crucial in identifying weaknesses that need correcting. With traditional tests a physiotherapist takes a swimmer through a passive range of motion something Barton feels needs to be changed to increase effectiveness, “From testing people with the traditional swim screen almost all of the tests have been passive movement requiring a therapist to move you through space. I think we have to move towards more active control.”

“There is no point in having the passive range and not having the active ability to express that range. From a logistics perspective if we are giving people the ability to put these test into practice we don’t want to have to have a second or third person to help and jot things down.”

Barton feels testing will also be more effective if every swimmer and coach has the ability to accurately run through a swim screen independently. With the help of Larkin he has taken the tests that Swimming Australia has used for years, modified them and created a mobile platform called QSwim. The app allows coaches and swimmers to go through these tests with a tool to measure different angles and compare their movements to Larkin’s. Currently all swimmers and coaches in Queensland have been given access to app.

“It is a modified version of what has been around in high performance swimming in Australia for a while now.”

“You are never going to be able to get into positions forcibly in the water your body always chooses the path of least resistance and you always need to be able to create those positions easily if you want to be able to express them when you are swimming.”