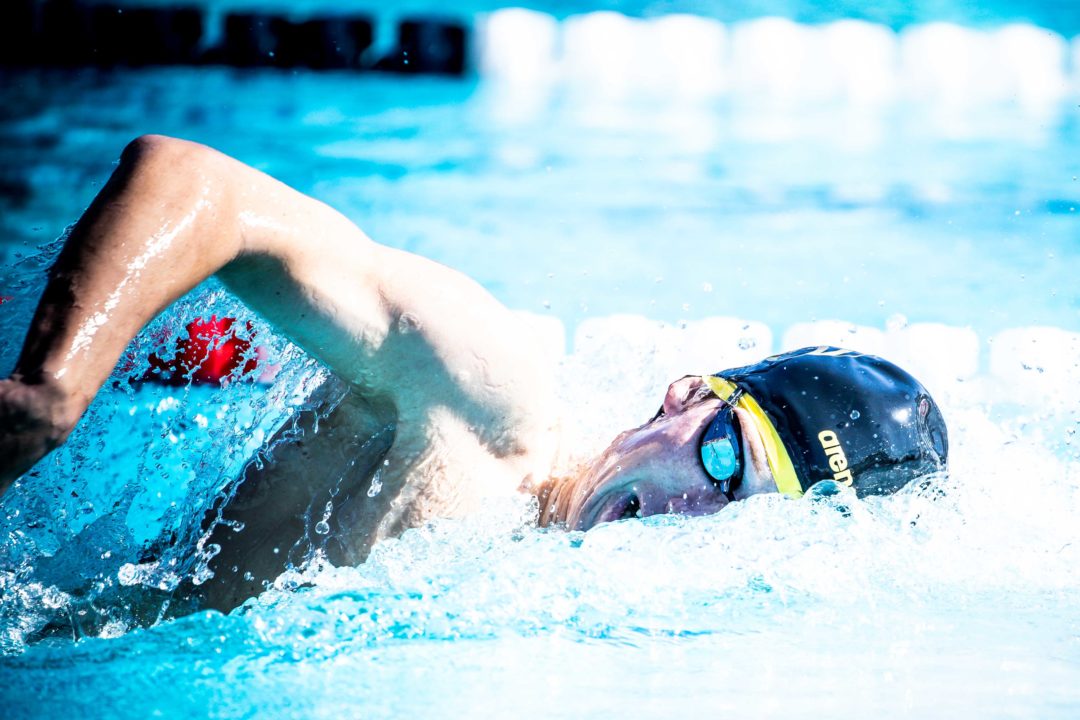 The Scottsdale women and Austin Swim Club men lead heading into the final day of the Des Moines Spring Cup, with only a point between the top 2 men's teams. Archive photo via Jack Spitser/Spitser Photography

With one day to go at the Des Moines Spring Cup site, the Austin Swim Club men lead the Scottsdale Aquatic Club by a single point.

Each team won an event today. SAC’s Daniel Matheson continued his strong showing this week with a win in the 200 fly, posting a 2:00.62 that gets him under the Olympic Trials Wave I cut.

Austin Swim Club matched with a single win of their own on the men’s side, as Adam Fusti-Molnar won the 200 breast by 3.5s with a 2:14.93, putting him under the Wave II cut.

Rio’s Jeremy Graunke, an ASU commit, grabbed a Wave II cut in the 50 free, winning in 22.44. Another five guys got under the Wave I cut, including Texas commits Luke Hobson and Alec Filipovic.

Hobson wrapped up the individual competition on the men’s side with a 3:56.55 in the 400 free, winning by over 6 seconds as the only man under the Wave I cut.

On the women’s side, Texas’ Emma Sticklen got things rolling with a 2:14.47 victory in the 200 fly, just over a second off her lifetime best, and winning by over 2.5 seconds.

Aurora Roghair of the Iowa Flyers wrapped up the women’s side of things with a Wave I cut of 4:14.70 in the 400 free. Roghair is committed to Stanford for this upcoming season.