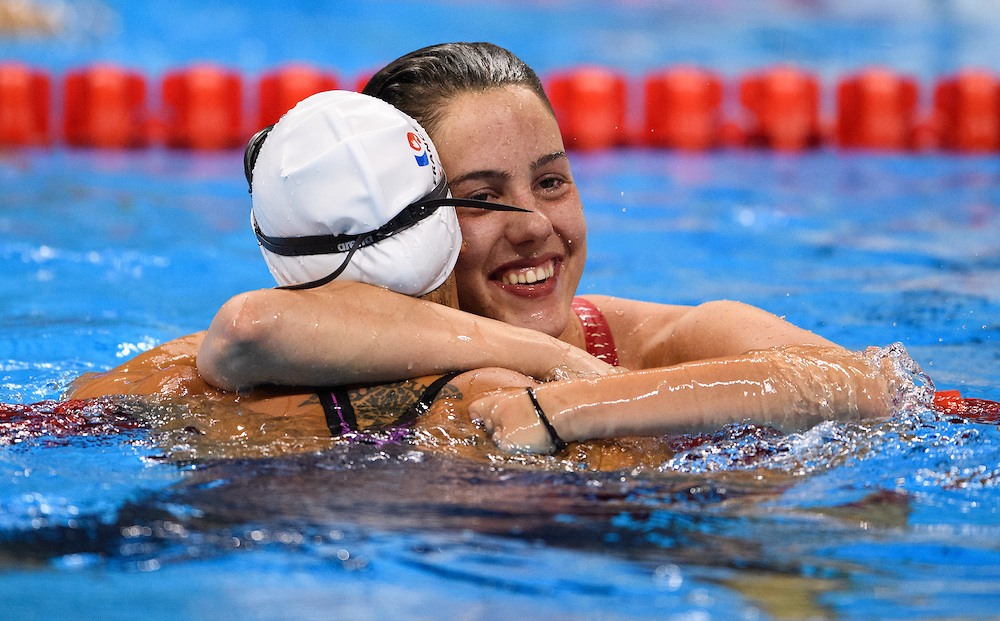 Canadian Aurelie Rivard won Canada’s first gold medal of the 2016 Paralympic Games on Friday in the S10 50 meter freestyle, and she did so in World Record-setting fashion.

Rivard swam a 27.37 to beat out New Zealand star Sophie Pascoe (27.72) for gold and to take the World Record away from Russia’s Nina Ryabova, who in May of this year swam a 27.60 for the old record. Ryabova wasn’t present to defend her record, as the whole Russian team was barred from participating in this year’s Paralympic Games.

“I am not sure I realise it yet. I don’t know whether to laugh, jump or throw up,” Rivard said after her race. “It’s my first event and I’ve broken the world record and won. I’m in heaven.”