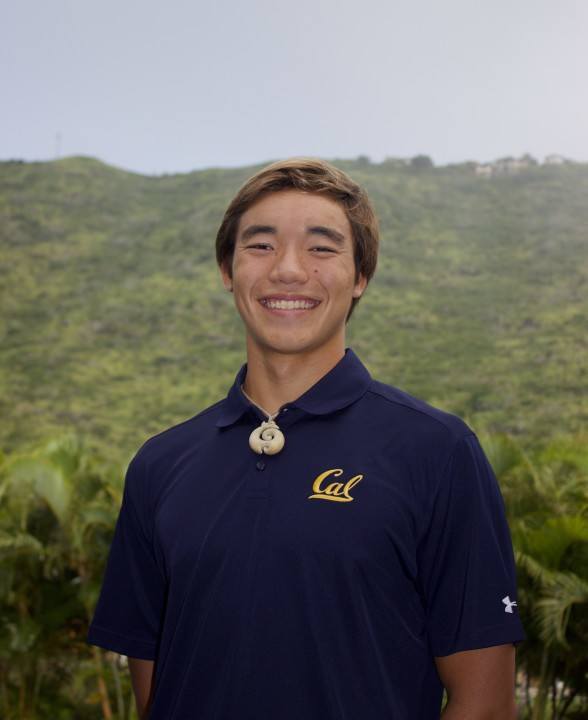 Former Hawaii state swimmer of the year ‘Aukai Lileikis is no longer listed on the University of California men’s swimming & diving roster. Lileikis hasn’t competed for Cal since last fall.

Lileikis was a relatively big-name recruit, finishing his high school career with state records in every freestyle race from 50 to 500 yards along with the 200 IM. He competed at a few meets for Cal last fall as a freshman, but did not compete at all during the spring semester.

But the 2017-2018 Cal roster does not feature Lileikis’ name. We’ve reached out to both Cal and Lileikis for comment on his absence and future plans, but have not yet received a response.

Update: a Cal spokesperson confirmed that Lileikis is no longer on the roster, but said “as is the case with all our athletes who train or compete with us, he’ll always be part of the Cal program.”

Lileikis wasn’t a postseason contributor for Cal last year, but certainly could have been, had he competed in the spring. He’s been 19.95 in the 50 free, 43.33 in the 100 free and 1:34.82 in the 200 free, though two of those lifetime-bests were from his high school years. Lileikis did put up that 43.3 for Cal at last year’s Georgia Invite in December.

Cal was second at last year’s NCAA Championships on the men’s side, and appear one of the chief challengers to three-time defending champs Texas.

What college is Aukai swmming for 2018-2019? any team would be lucky to have him

Why is this an article

This is why it is very important to pick college that is a good fit for you academically, first of all, and then athletically. If you pick Cal but not ready to study really really hard, you are up for some tough times. The big time programs are primarily concerned about winning, not about you. Sometimes, you are better off picking NC State, for example, where they have a great program and high school level academics – cheap shot, I know, I had to take it 🙂

Texas is ranked 56th and Ncstate is 81st in newest university rankings. Academically they are at the same league.

That is the same as saying Princeton is in the same league as 25th ranked?

By the way, I just checked NCST rank and there it says campus has 55% male and 45% female students. Wow. That is why all NCST members here are so aggressive and often unintelligible. Smiley :). Just kidding…

That’s ironic coming from you.

Princeton is in the same league as hundreds of other colleges.

Has anyone else notice a tradition of Cal getting insane recruits and failing to keep them or improve them. I feel like every year they have a swimmer drop off the face of the earth. Seems like there’s something not quite right over there.

Every team loses kids for one reason or another. It’s life.

I also notice a tradition of them producing Olympians

If elite, excellent recruits are not olympic stars already or in the team top five, they are ignored, not developed, and used as cannon fodder for the events no one was recruited for in the first place. And worse.

He wasn’t able to compete after the first semester due to academic challenges and is back in Hawaii. He competed in the Waikiki Rough Water Swim on Labor Day in Honolulu.

The roster compiler probably caught a break with a name like that lol.

Aukai One of the kindest people you could ever now. If you haven’t, everybody has issues and they should not have to be broadcasted on the web