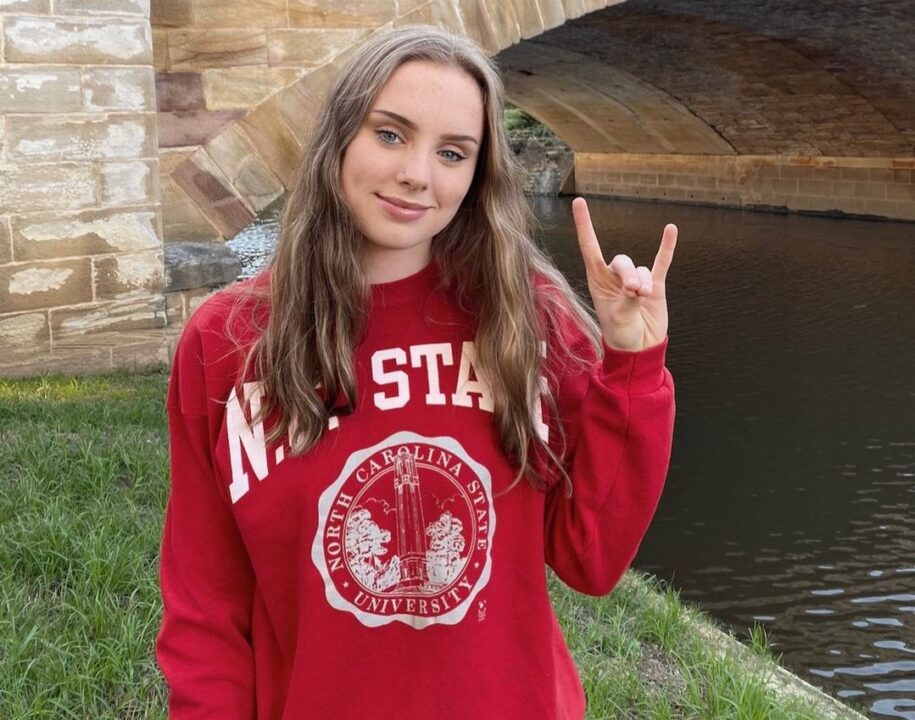 Abbey Webb, a former member of the Australian Junior National Team and the varsity squad at Auburn University, has transferred to North Carolina State University for her final three years of eligibility.

Webb competed in Auburn’s 2019-20 season, but did not compete in the team’s 2020-21 season, leaving her with three more years of eligibility. In 2020, the Auburn women placed fifth out of 12 teams. At that meet, Webb placed eighth in the 100 freestyle and twelfth in the 200 freestyle. She was also part of the winning 400 freestyle relay and the fourth-place 800 freestyle relay.

NC State is a member of the Atlantic Coast Conference (ACC). At the 2021 ACC Swimming and Diving Championships, NC State placed second out of 12 teams, after the University of Virginia.

Looking at the 2020-21 top times at NC State, Webb projects to be a top sprinter for the team. She would have the second-fastest 200 freestyle and the third-fastest 100 freestyle based on her best times.

Webb is set to begin competing this year for NC State.

And so the Auburn slide under heralded new coach begins.

Abbey sat out last year and planned to transfer before Ryan was hired.

AU going to be doing the slip slide no matter who dives into the Head Ball Coach office. Ryan is a great guy, great coach but even his powers of persuasion and personality just can not turn the village into a contender. They will always, at best be pretenders. The only way for a village like this to excel is the follow the Marshian way. Compliance will never again allow those slight of hand elements.

This is very exciting. Gets to work with the best sprint coach in the business!

Congrats Abby and the wolfpack!

Downvotes must be Desorbo Effect and his bots

Major get for the Pack, particularly in the 200 free where their women have been quite outmatched by UVA lately. Congrats, Abbey!

And a true sprint freestyler for those relays!