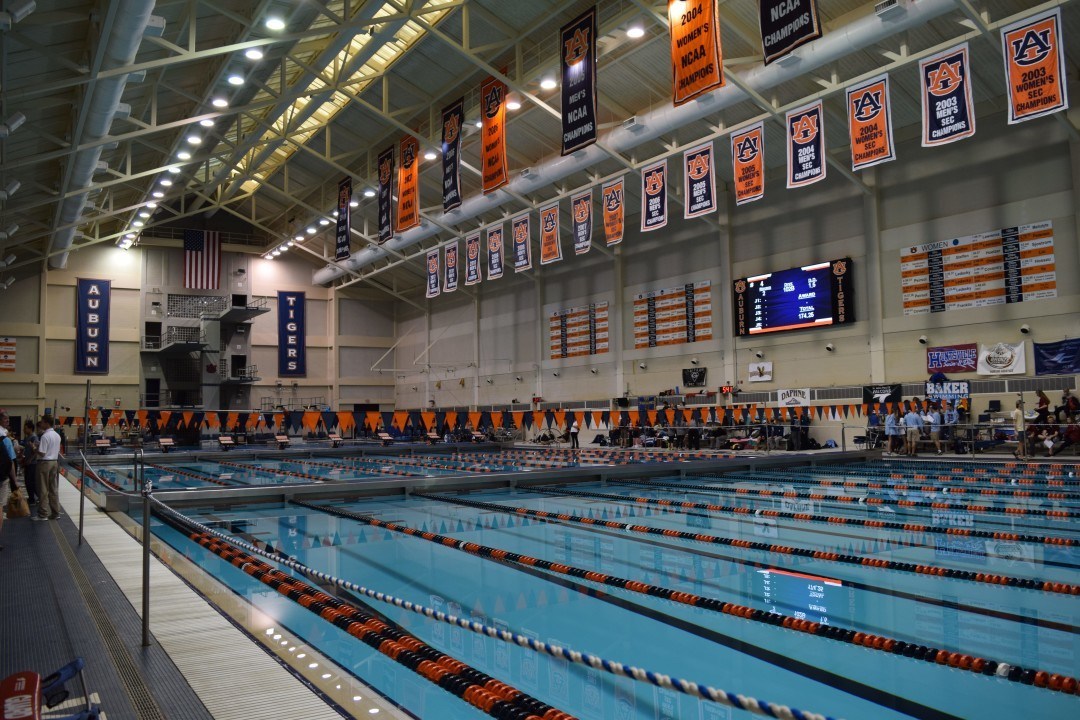 The finals session of the Alabama High School Athletic Association (AHSAA) State Championships took place earlier this afternoon at the James E. Martin Aquatic Center. Onlookers at yesterday’s preliminaries witnessed strong races from event favorites and one record-breaking relay, but the record book was rewritten at finals a total of 8 times, 5 of them coming from Bob Jones High School. The lads from Madison, AL would go on to win their second consecutive 6A-7A title and the ladies from Auburn High School picked up their third consecutive title in that division as well. St. Paul’s Episcopal dominated the 1A-5A competition and captured both state titles.

Bob Jones set the pace early on as Mark Johnson, Andrew Sterns, Andrey Tretyakov, and Derek Sander cracked McGill-Toolen’s 2012 record with a 1:34.52 in the 200 medley relay. The Auburn gals’ time would have topped the heat and their 2014 state record, but a DQ would send Grissom’s relay to the top of the podium at 1:47.79.

Sander turned right around to win the 200 free in 1:38.31 and later on would reset TJ Leon’s 2008 state record in the 100 free with a quick 44.60. UMS-Wright’s Paige Madden added another AHSAA record to her collection by smashing the 200 free in 1:48.39 and besting top-seed Hadley Dowdle by nearly two-and-a-half seconds.

Sterns, Logan Black, Tretyakov, and Sander hopped on the blocks for Bob Jones for a second relay sweep and in the process lowered their 2013 state record down to a 1:25.57 in the 200 free relay. Out to avenge their first relay performance, Auburn put together 8th graders Maggie Casey and Peyton Dowdle and sophomores Annie Frances Dallas and Anna Kate McGinty for their second official record of the meet.

James Courtney of St. Paul’s Episcopal and Anna Moers of Vestavia Hills secured gold medals in the 100 back with their respective times of 49.81 and 55.60. Spain Park’s Rachel Cunningham got a pair of victories in the 200 IM (2:04.44) and 100 breast (1:02.63) and the junior came dangerously close to crushing state records in both of those races.

Huntsville had control of the Boys 400 free relay until the last exchange when junior Connor Duggan anchored a 46.12 for Auburn. His split sealed Auburn’s relay at 3:12.49, a time worth a gold medal podium appearance. Auburn already set the record in the girls’ race yesterday but two Dowdle sisters, McGinty, and McAuley Parker repeated the effort for a new record of 3:31.39.