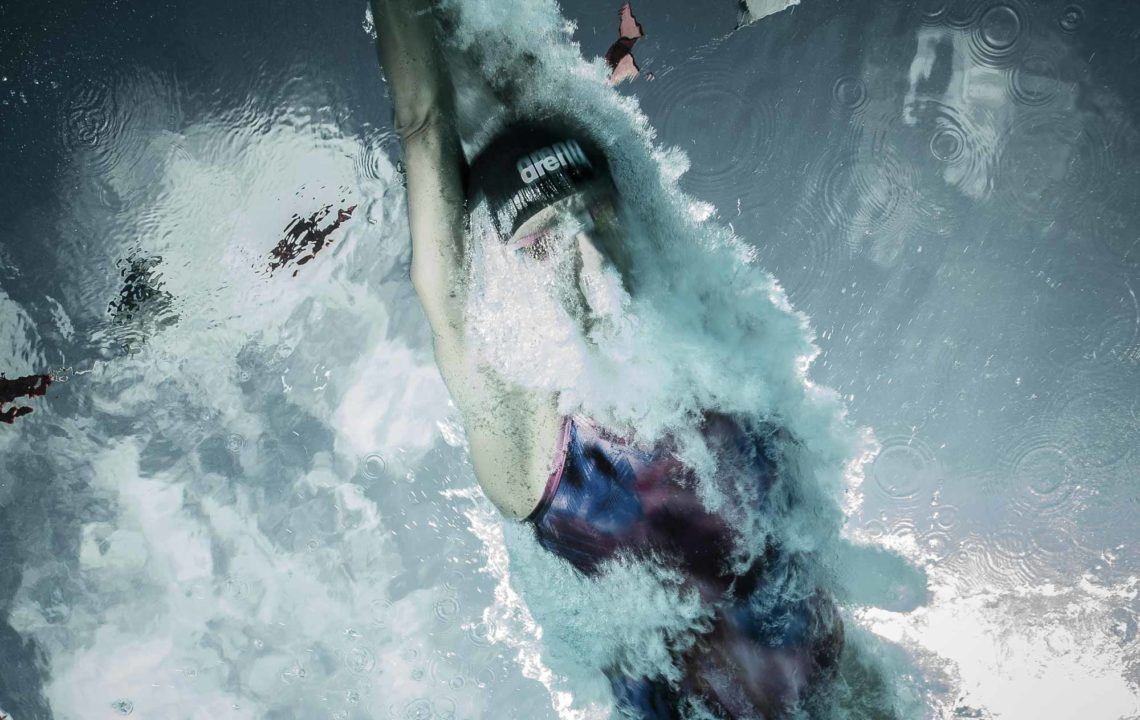 Brouwer clocked a lifetime best of 1:09.89 this morning, qualifying for Olympic Trials and moving to #1 for 15 & unders this season. Archive photo via Mike Lewis/Ola Vista Photography

Paige Madden on Olympic Qualification: “I’m still in a lot of shock”

Madden, who earned an Olympic berth last night by taking second to Ledecky in the 400 free, touched second in 1:56.44 to qualify for the 200 free final

15-year-old Aubree Brouwer had the swim of the meet tonight in Jenks. The Springfield Aquatics breaststroker shot to the win in the 100 breast, dropping more than two seconds from prelims to hit a new best of 1:09.78. Coming into the meet, her best was a 1:12.23 from June; she’s now over two seconds quicker than that, and went more than a second faster than the Olympic Trials cut.

Brouwer is now the 8th-best junior in the country this season, and the fastest 15 & under. She also moves to 29th in 15-16 age group history. Finishing second in the race was Katherine Steward of Splash Club at 1:10.36, also making OTs. Parkway Swim Club’s Mark Franz took the men’s race in 1:03.90.

Did Martina Thomas transfer from the Naval Academy to U Arkansas? She is swimming the meet as a Razorback.

No she is home for the summer.