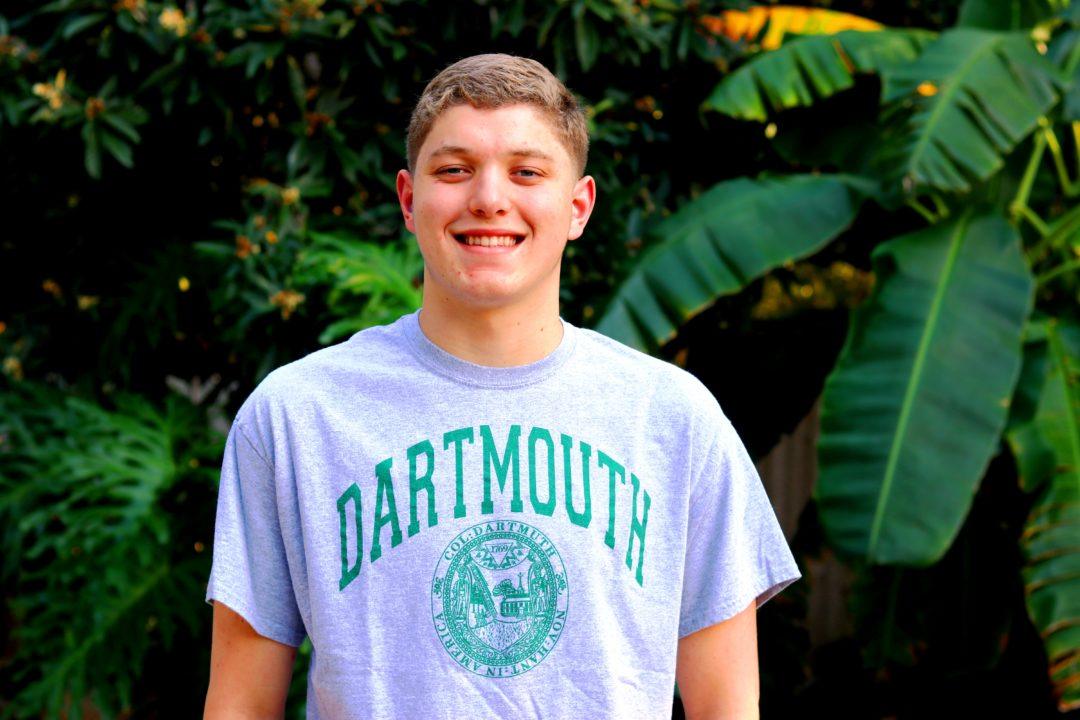 Connor Richmond, an All-American breaststroker and IMer from Kingwood, Texas, has announced his verbal commitment to the application process at Dartmouth College.*He will join the class of 2022, suiting up for the Big Green exactly 99 years after his Great-Great Uncle Karl Williams (class of 1923), who competed on some of the first Dartmouth Varsity Wrestling teams.

“I am thrilled to announce my commitment to Dartmouth College! I’m extremely honored and humbled by the opportunity to swim and study in the Ivy League. Big thanks to Coaches Jamie, Eliot, and Milana for their support and encouragement during the recruiting process! I am so excited to join this team of outstanding people – Go Big Green!”

Richmond is a USA Swimming Scholastic All-American from Kingwood High School, which was recently profiled by SwimSwam after taking damage from Hurricane Harvey. As a junior, he was a 2017 Texas High School 6A State Finalist in the 100 breast, 200 IM, and 200 medley relay. He posted lifetime bests during the high school championship season in the 200 IM (1:51.40) and 100 breast (56.95). He swam the butterfly leg on Kingwood’s All-American 200 medley relay, splitting a 22.59 at Regionals.