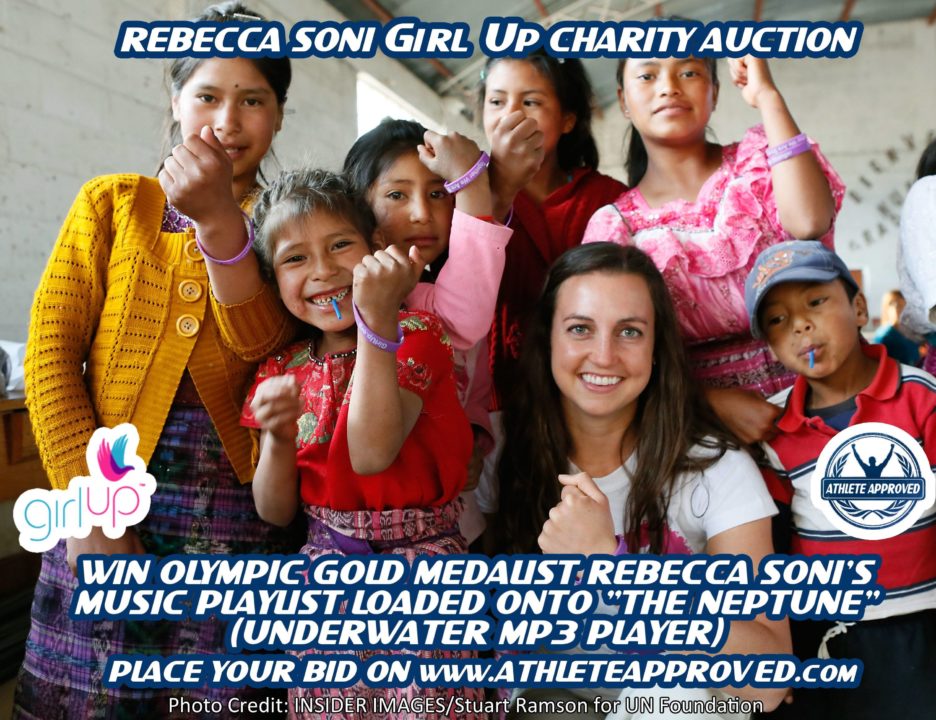 Athlete Approved and Soni will auction an underwater MP3 player with proceeds to the UN Foundation campaign “Girl Up,” a non-profit organization.

At only 17 years of age, Funky Trunks athlete Isaac Cooper is set to be the youngest male member of the Aussie swim team headed to Tokyo later this month.

Both NY Breakers hold the 400 IM national record in their respective countries, share the same birthday and had massive time drops earlier in 2021.

Athlete Approved is hosting a charity auction featuring an item from Olympic Gold Medalist swimmer Rebecca Soni. Athlete Approved and Soni will auction an underwater MP3 player with proceeds to the UN Foundation campaign “Girl Up,” a non-profit organization that envisions a world where all girls, no matter where they live, have the opportunity to become educated, healthy, safe, counted and positioned to be the next generation of leaders.

The FINIS Neptune underwater MP3 player will come pre-loaded with Soni’s playlist of workout music, relaxing music, and songs she just loves. The auction winner will have the privilege to enjoy these songs. The player uses bone conduction technology and holds the prestigious distinction of being an Athlete Approved product.
Rebecca Soni is an Olympic Gold and Silver medalist, World Record Holder, and World Champion. She is regarded as one of the best breaststrokers of all time. In August 2010, Soni became a spokeswoman for the United Nations Foundation’s Girl Up.

All of the proceeds raised from this auction will go to this charity.

Girl Up gives American girls the opportunity to become global leaders and channel their energy and compassion to raise awareness and funds for United Nations programs that help some of the world’s hardest-to-reach adolescent girls. If you would like to learn more about Girl Up click here.
See FINIS NEPTUNE HERE: