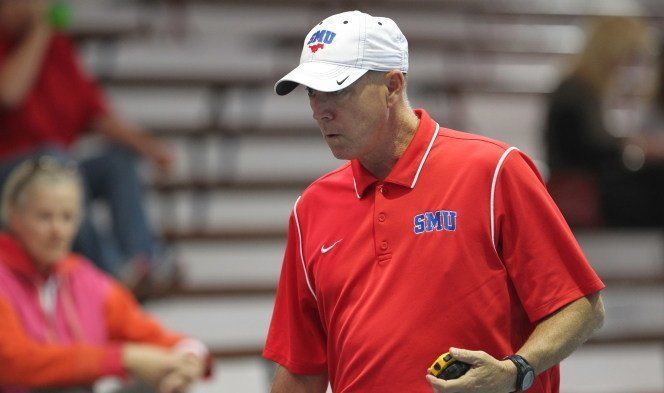 “I am very excited to have Ashley join our program,” head coach Steve Collins said. “She brings great experience and a positive attitude to our team. I am looking forward to working with her to build on our success for the future.”

SMU women’s swimming and diving head coach Steve Collins has announced the hiring of Ashley Dell as an assistant coach for the Mustangs.

“I am very excited to have Ashley join our program,” Collins said. “She brings great experience and a positive attitude to our team. I am looking forward to working with her to build on our success for the future.”

Dell comes to SMU after serving as an assistant coach at George Washington University for three seasons. During her time with the Colonials, she assisted with planning and implementing the programs’ workout plans, recruiting and marketing efforts.

A standout student-athlete and captain for the Hawkeyes, Dell is an all-time top-10 performer in the 500-, 1,000- and 1,650-yard freestyle. For her work in the classroom, she was named to the Iowa Dean’s List on two occasions and was an All-Big Ten academic selection twice. In 2008, she earned Academic All-America Honorable Mention accolades from the College Swimming Coaches Association of America.

Dell earned a master’s in tourism management with a concentration in sports management from GWU, and has a bachelor’s from Iowa in sport studies with a Spanish minor.

She joins an SMU squad that placed 20th at the 2014 NCAA Championship and second at the inaugural American Athletic Conference Championship.

Dell replaces former assistant Caroline Wells, who confirmed to SwimSwam that she was leaving the program at the end of this year. Wells will be out of swimming (at least temporarily, in her words) to pursue an MBA at the prestigious Johnson Graduate School of Management at Cornell.