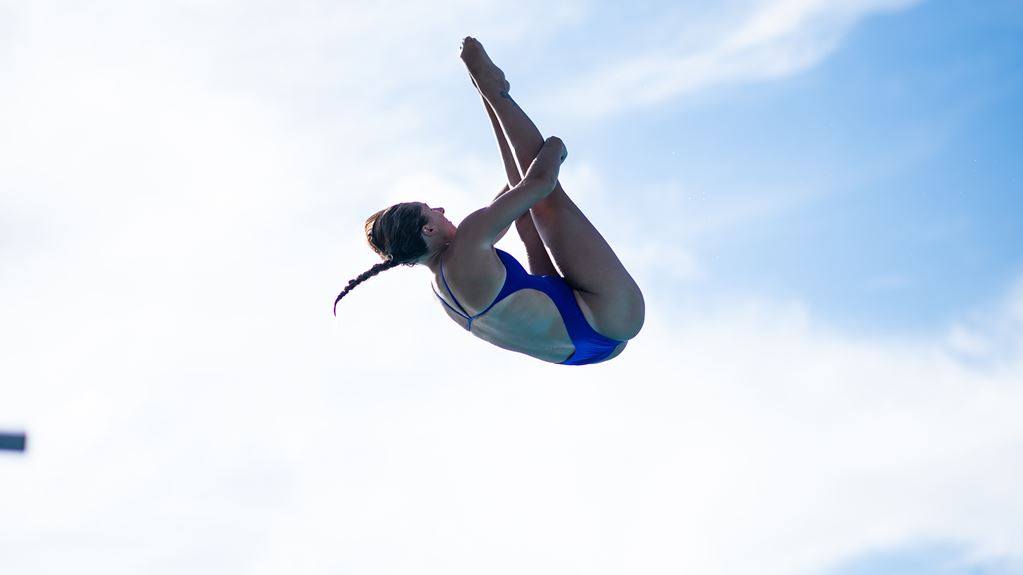 21-year-old Devaunte Hill has been arrested for the shooting that caused the death of former Clarion University diver Caitlyn Kaufman. Stock photo via FGCU athletics

21-year-old Devaunte Hill has been arrested for the shooting that caused the death of former Clarion University diver Caitlyn Kaufman.

On December 6, Kaufman was driving to work at St. Thomas West Hospital on Tennessee Interstate 440 when a bullet entered her car, striking her. She was found inside of the car and declared dead on the scene by investigators. It is believed that the shooting occurred between 6 and 6:30pm, as Kaufman’s shift was set to begin at 7pm.

Metro Nashville police announced the arrest of Hill in connection to the shooting last Friday. According to investigators, Hill implicated himself in the killing during a consented interview with homicide detectives. In addition, he was found to possess a gun with 9mm shell casings matching those found at the scene.

“Ascension Saint Thomas continues mourning the loss of Caitlyn Kaufman’s tragic passing and continues supporting the efforts of law enforcement officials working to seek justice through their investigation,” the statement reads. “We are hopeful that justice for Caitlyn’s family will be served following the announcement that a suspect has been arrested as part of the ongoing investigation.

“Those who knew Caitlyn Kaufman witnessed the overwhelming compassion and kindness she showed for each person she cared for and worked alongside during her two years in Ascension Saint Thomas Hospital West’s ICU.

“As we continue to care for our community during this COVID pandemic the most important way to support our nurses and other frontline caregivers is by wearing a mask, washing your hands as well as social distancing.”

Hill was originally scheduled to appear before a judge on Tuesday morning, but his hearing has been rescheduled to December 29.

According to investigators, there does not appear to be any connection between Hill and Kaufman, and they have not determined any motive in the crime. Investigators are not ruling out the possibility of there being more arrests made.

Kaufman competed at Clarion from 2012 until her graduation in 2016. During her time at the Clarion, she earned personal best dives of 233.70 on the 1M and 229.20 on the 3M. She was also recognized as a Clarion Scholar Athlete and she was a member of the Honors College.