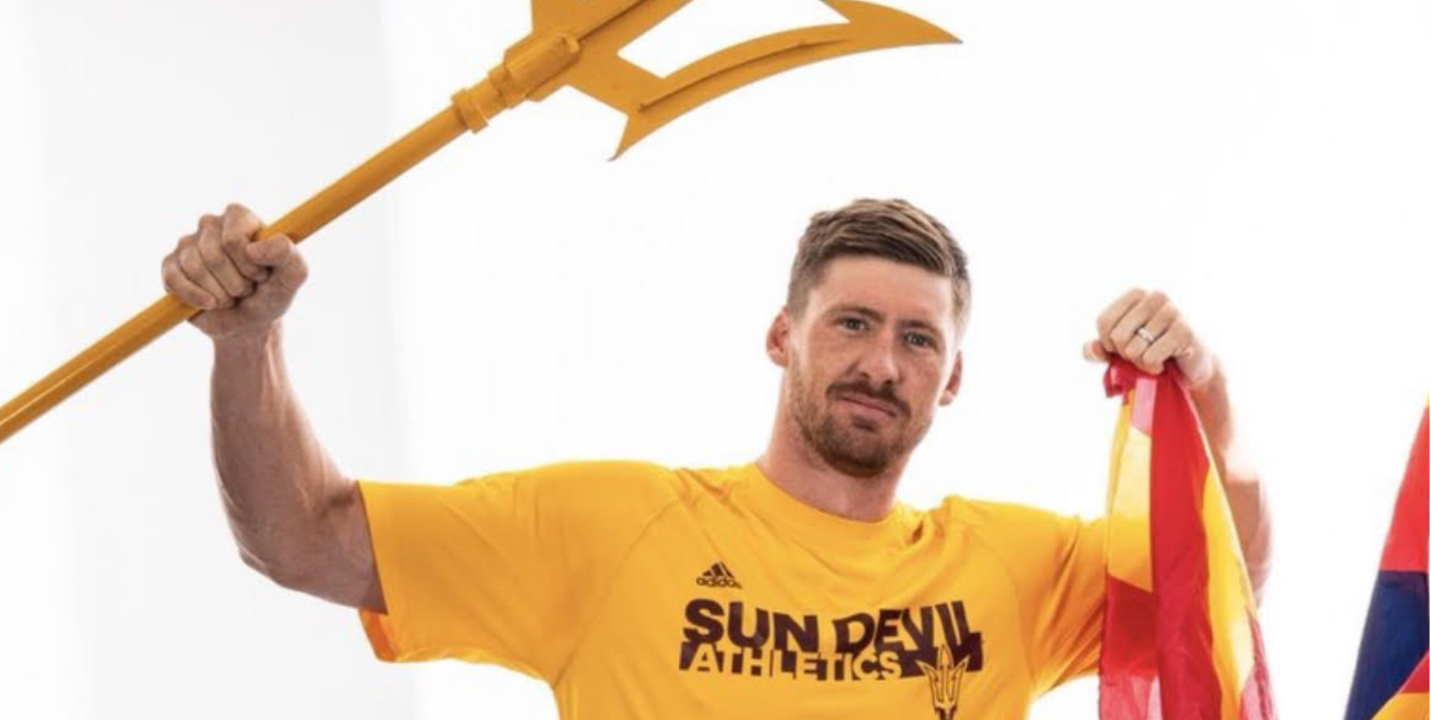 While Behm has been at ASU, the Sun Devils, particularly the men's team, have exploded into the upper echelon of NCAA swimming. Stock photo via Herbie Behm

Arizona State announced last week that Herbie Behm has been promoted to associate head coach of the swimming & diving program. Behm joined head coach Bob Bowman‘s staff in 2018, and has served as the primary coach of the sprint group since his arrival. Behm also swam for ASU himself, graduating in 2013.

“I’m so excited to begin a new role with this remarkable team,” Behm said. “It’s been an incredible journey so far and I feel so lucky to be part of such an amazing group. Special thanks to Coach Bowman, the staff and every single member of this team. I can’t wait to continue this journey with all of you. O2V!” – Herbie Behm, Arizona State Press Release

Considered one of the brightest young minds in the sport, Herbie Behm has been promoted to associate head coach.

"Special thanks to Coach Bowman, the staff & every single member of this team. I can't wait to continue this journey with you. O2V!"

While Behm has been at ASU, the Sun Devils, particularly the men’s team, have exploded into the upper echelon of NCAA swimming. After redshirting the entire roster for the 2020-2021 season, Arizona State had phenomenal performances at the 2022 Pac-12 Championships and carried that momentum into the NCAA Championships. The men’s team finished 6th at this year’s NCAAs, while the women’s team took 26th.

Working primarily with sprinters, Behm has seen exceptional results with his swimmers. Arizona State set men’s program records in all 5 relays this team. In fact, the Sun Devils set the 200 free relay record 3 times this past season, the 800 free relay 3 times, and the 400 free and 400 medley relays twice. Additionally, ASU set program records in the men’s 50 free, 100 free, and 200 free this season. Outside of just sprint freestyle, the Sun Devils set men’s records in the 500 free, 1650 free, 100 breast, 200 breast, 100 fly, 200 fly, 200 IM, and 400 IM. The women’s team also set program records in 3 events this past season.

Behm is known for his data-based, technically focused coaching methods. If you follow him on Twitter, you know he spends a lot of time and energy exploring the mechanics of swimming, and analyzing data from training paces, race paces, and stroke mechanics, as well as many other relevant training aspects of the sport.

Speaking on the promotion, head coach Bob Bowman said “Herbie is one of the great young minds in coaching today,” adding “His data driven approach has elevated our program in countless ways and he is most deserving of this promotion. He has a bright future ahead in Tempe.”

The promotion also kills any speculation that Behm could be up for the Utah head coach position. Behm was seen as a top candidate for that job by many, as he spent two seasons as the sprint coach at Utah before coming to Arizona State.

You can read the full press release from Arizona State Athletics here.

Well deserved! Great coach, mentor, and influence on all athletes he comes into contact with.

Well deserving promotion! ASU is fortunate to have Herbie on their team. He is an awesome and effective coach. Congratulations, Coach Herbie!!

This is fantastic news. A quickly rising star in our sport!
While not the biggest fan of the school, huge fan of the man.
Congratulations, Sir Herb!

29
-6
Reply
not an fgcu fan
Reply to  Dave Rollins

What kind of F’ed up statement is that about the school!

It’s ok, Dave swam for U of A and we don’t hold that against him. It’s all in good fun!