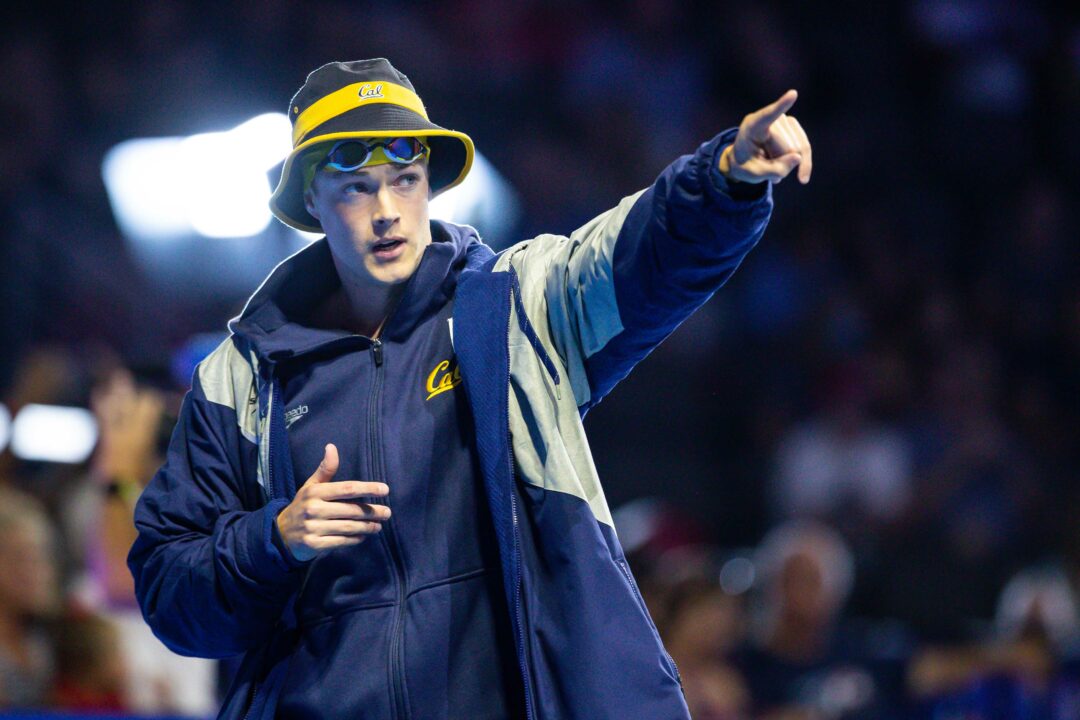 Carr competed at the U.S. World Championships Trials this past week, finishing 5th in the 100 back and 8th in the 50 back. Stock photo via Jack Spitser/Spitser Photography

NCAA Champion Daniel Carr has announced his retirement from competitive swimming via his Instagram account yesterday. Carr competed at the U.S. World Championships Trials this past week, finishing 5th in the 100 back and 8th in the 50 back.

After 17 years of competitive swimming, the time has come for me to retire. I’m so stoked to start the next chapter in my life with the person I love most. On to the next ✈️

Outside of his NCAA accomplishments, Carr represented the U.S. at the 2019 Pan American Games, where he would win 3 Gold medals. He claimed victory in the men’s 100 back and 200 back, and led-off the winning 4×100 medley relay.

In terms of helping Cal to their NCAA team title in 2019, Carr played a critical role. In prelims of the 100 back at that meet, Carr was granted a re-swim after a failure to remove the backstroke wedge mid-race caused Carr to mess up his turn at the 50. He would go on to swim fast enough in the re-swim to qualify for the ‘A’ final, giving Cal some much needed points as they tried to dethrone Texas. The swim was so good in fact that Cal head coach Dave Durden slipped on the deck while celebrating, which you can see in the video below:

A swimmer as good as Daniel Carr could have made an ok living (or better) between the World Cup and the ISL.

Can’t wait to have you up in the stands with us now. Get that bear suit ready.

The reswim in 2019 will always stand out as what felt like the turning point in the meet for the championship title. Between that and then the tumultuous 2020 season being cut short, what a great demonstration of tenacity from Carr and an excellent swim career to be immensely proud of. Best of luck in future endeavors!

Really sells the idea that making the worlds team would have kept him around. Best of luck in next chapter, and thank you for one of my favorite swimming videos of all time!

A class act, who always represented the Golden Bears well.

I’ll like to understand the rationale behind giving a thumbs down to this statement….Daniel is a class act and what the sport is all about.

It’s possible it was done in error while scrolling through the comments. I did that on a comment yesterday and couldn’t undo it – so I hit the thumbs up as well.

No scary back stroke wedges in retirement.

Best to you in the next chapter of your life !