Arizona Gets Under-the-Radar Sprinter Risolvato out of Ohio 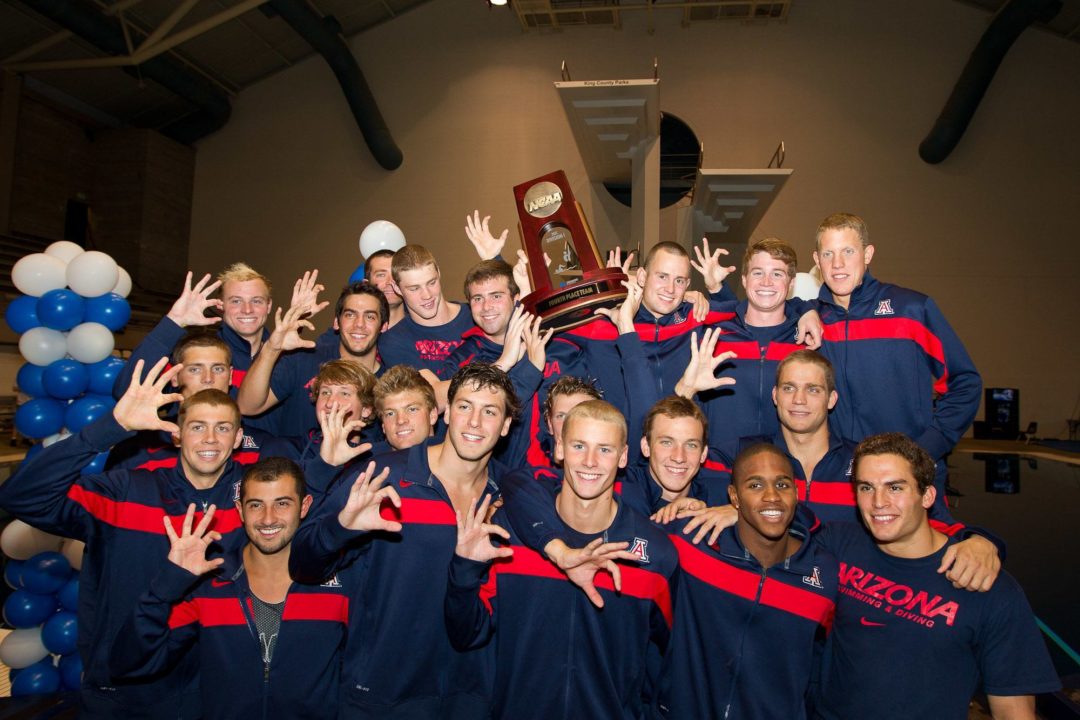 To see a full listing of commitments, click here.

The Arizona Wildcat men presumably have a lot of money in their coffers after a huge graduating class last year featuring multiple NCAA Champions. To that regard, sources close to the team say that Eric Hansen has kicked off his fall recruiting with a verbal commitment from Erik Risolvato out of Shawnee High School in Ohio.

Risolvato’s name may not immediately light up the ears of some of the swimmers in this class, but don’t let that lead you to believe that he’s not a special signing. At last year’s Ohio High School State Championship meet, he swam a 19.62 in the 50 free and a 44.03 in the 100 free.

By a quick peek through history, that 50 freestyle time ranks him as the 4th-best in high school history, behind only the names Vlad Morozov, Jimmy Feigen, and David Nolan; and he’s still got one more year even to run down Morozov’s 19.43 National Record.

When spoken among those names, all of a sudden the reason for the buzz becomes pretty obvious.

Arizona badly needs to rebuild their sprint group; their two top 50 freestylers from last season (Adam Small and Kelley Wyman) have both graduated. Mitchell Friedemann and Giles Smith certainly have the speed to hold down the relays, but even on flat starts Risolvato is already better than both of them were last year.

The Wildcats are a little bit healthier in the 100 free, but even there they will thin out drastically after this season.

CollegeSwimming.com has Risolvato ranked only 16th in the country; in that system he probably takes a bit of a hit as he doesn’t have a lot of versatility. He will bring in a 48.26 in the 100 fly, though, and one would imagine that at some point he will develop into a mean 200 medley relay butterflier (at least) also.

He’s got some potential for the U.S. in the long-term as that “pure 50-freestyler” that many other countries seek out (think Anthony Ervin). At Juniors in 2011, he was a 22.74 in long course.

Risolvato is not all that tall (in the mold of a prototype sprinter like Adrian and Feigen), but then again neither is Morozov, and he’s done pretty well for himself at USC. Risolvato will be good regardless (a 19.6 already brings value at the NCAA level), but if he grows another inch or two, then he could be a star.