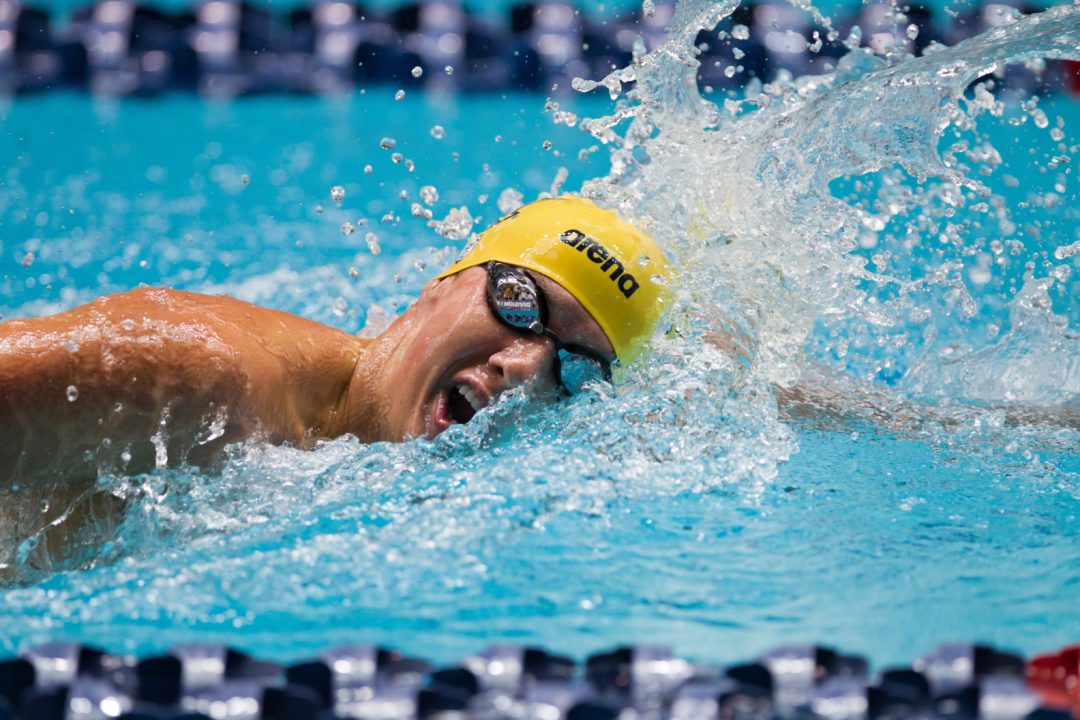 Somewhere around Fresno, it seems as though Open Water National Team member Janardan Burns took a wrong turn and ended up in one of the country’s best sprint programs. Burns has made his college commitment to the Dave Durden and the Cal Golden Bears.

The two-time defending NCAA Champion Cal men have been great at producing some of the best in just about every part of the sport, however distance swimming is probably the lone exception. For example, until last season they’d only had one swimmer in the last 20 years break 15 minutes in the mile (and that was in 2006 – before the current staff took over).

A trend toward beefing-up the distance group is something we’ve seen on the horizon the past year or two. Underclassmen Will Hamilton and Jeremy Bagshaw have been doing very well in the 500. Freshman Adam Hinshaw is a bona-fied star in the 1650, having been a 14:49.2 at NCAA’s for 11th place overall and breaking the Cal Record by three seconds.

This is no longer your slightly-older-brother’s Cal team; it’s more like your youngish uncle’s’ Cal team from the late 80’s and early 90’s, where swimmers like Sean Killion and Rob Darzyniweicz were the stars.

Burns should have no problem cracking through that barrier in four years in Berkeley. His yards bests in the three longest NCAA Championship events are 1:40.17, 4:23.28, and 15:21.41, but those times don’t tell his full story.

With a focus on open water and National Team aspirations (he was 2nd at last year’s Open Water National Championships), his yards times don’t live up to where his long course pool times have been.

Though Cal doesn’t have a history of developing big-time distance swimmers, the open water community in the Bay Area is certainly huge and there will be plenty of training opportunities for Burns there. Durden is still coaching alone (he hasn’t officially signed his new assistant after Greg Meehan took over the women’s head coaching job at Stanford), so it remains to be seen who will be working with Burns on open water.