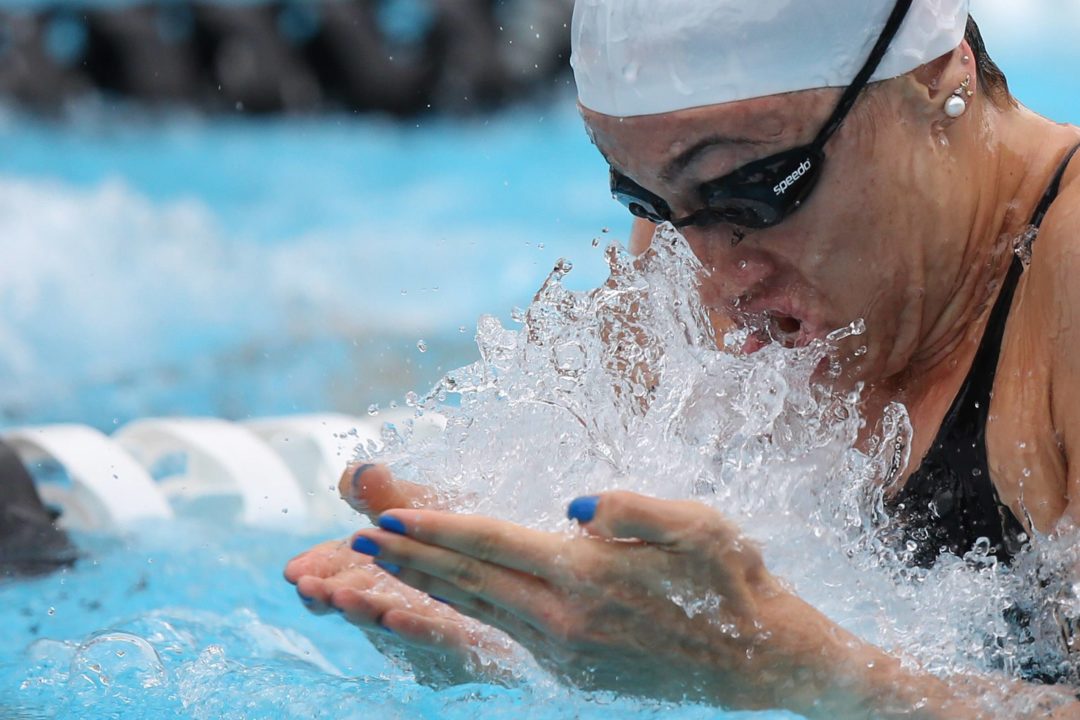 Argentine Olympian Julia Sebastian lowered her own South American Record in the women’s 200 breast on day 1 of the Mare Nostrum Tour in Barcelona, putting up a time of 2:25.51. That swim lowers her previous mark of 2:26.87, set in November at the FAP Trophy in Sao Paulo.

The 24-year-old was the 2nd seed coming out of prelims in 2:27.44, trailing Spain’s Jessica Vall Montero (2:27.01), and then ended up 5th in a very tight race in the final. Japan’s Kanako Watanabe was the runaway winner in 2:23.09, but swimmers 2nd through 6th were all within half a second of each other. Sitting 2nd at the 150, Sebastian was overtaken by Vall Montero, Daria Chikunova and Marina Garcia on the final 50. However, she did hold off 2017 world champion Yuliya Efimova, who was .02 behind her for 6th.

At the Rio Games, Sebastian finished 21st in the 200 breast, the highest finish of any Argentine swimmer, and was also a finalist in both the 100 and 200 at the 2015 Pan American Games in Toronto.