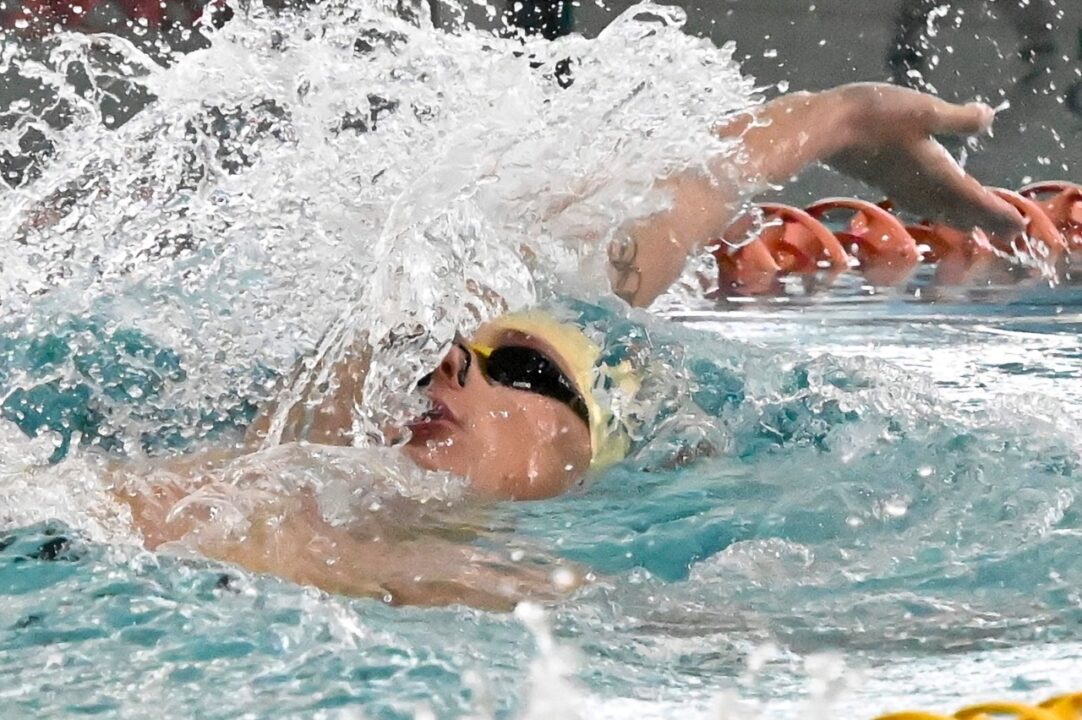 18-year-old Pieter Coetze took down the 13-year-old African Record of 22.85 in the final of the men's 50 backstroke, finishing fifth overall. Archive photo via Swimming South Africa

We’re coming up on the 13-year anniversary of the super-suit ban, as after an onslaught of record swims were produced in 2008 and more prominently, 2009, polyurethane and neoprene suits were no longer allowed in competition as of Jan. 1, 2010.

In the time since, records set during the infamous “super-suit era” have slowly been chipped away at, though some still remain.

Among those was the African mark in the men’s 50 backstroke (SCM), which was broken by South Africa’s Pieter Coetze on Friday in the final at the 2022 Short Course World Championships in Melbourne.

Coetze, a rising star who won a medal in all three backstroke events at the Commonwealth Games this past summer, including gold in the 100 back, came into the competition with a personal best time of 23.13 in the SCM 50 back, set on the 2021 FINA World Cup circuit.

The 18-year-old brought his best time down to 23.01 in the prelims, and then in the semis, came within .01 of the Continental Record set by fellow South African Gerhard Zandberg in 2009, clocking 22.86.

Chaos ensued in the 50 back final in Melbourne, as three swimmers stopped after hearing a double beep off the start, resulting in a re-swim later in the session.

Coetze was one of the five men who completed the event only to find out he had to do it over again, but that didn’t phase him, as he turned around less than an hour later and dipped under Zandberg’s 13-year-old record with a time of 22.84.

Coetze’s swim earned him fifth place in the final, one-tenth shy of a spot on the podium.

The Pretoria native has been on fire this year. In addition to his performance at the Commonwealth Games, he also picked up five medals at the World Junior Championships in August, including winning gold in the 200 back.

That form has carried over into Melbourne, as not only did he slash this longstanding 50 back record, he also reset the African Record twice in the 100 back, first going 49.85 in the semis before clocking 49.60 in the final to finish fourth.

Coetze will conclude the championships with the 200 back on Sunday.