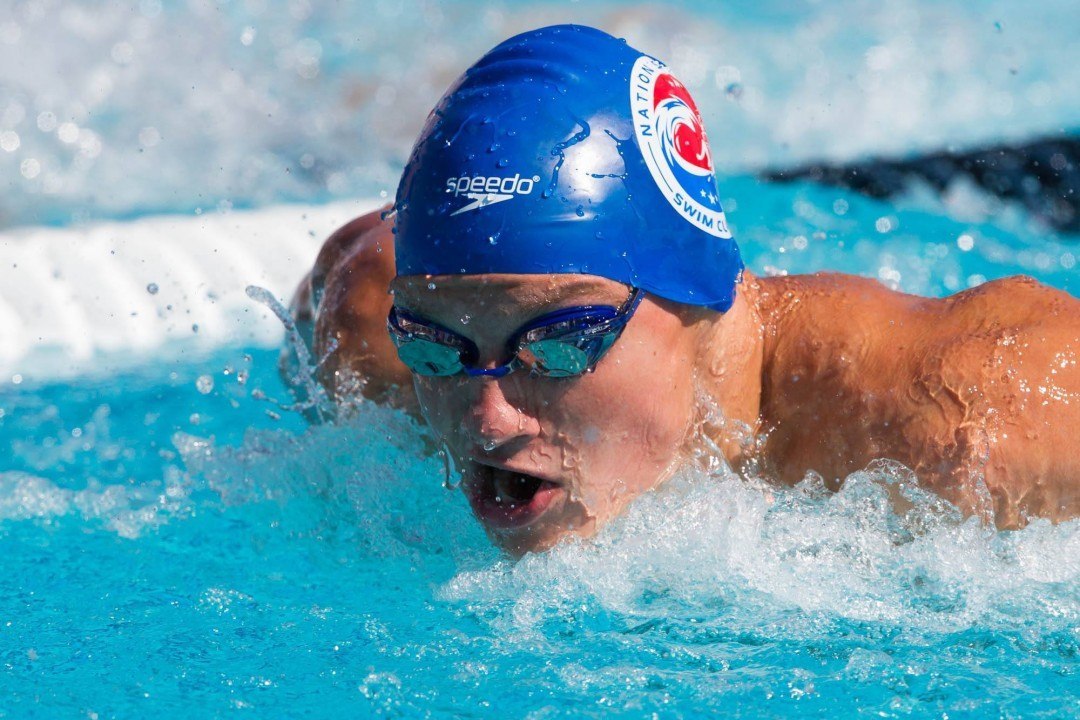 Andrew Seliskar is on the cusp of Tom Shields's 200 fly National Age Group record for the 17-18 division after his big prelims swim. Archive photo via Tim Binning/TheSwimPictures.com

While Reece Whitley was continuing to break National Age Group records in the 13-14 category, Nation’s Capital senior Andrew Seliskar nearly got a NAG of his own on Saturday morning of the Tom Dolan Invite, going 1:41.72 to rattle the 200 fly record held by U.S. National champ Tom Shields.

Second behind him in the breaststroke is teammate Carsten Vissering, the USC commit who broke the 15-16 record in the 100 breast last year.

Some other high points from prelims:

You can find live results here, though finding the meet on the Meet Mobile app has been more reliable so far this week. Finals begin at 6:05pm Eastern Time.

1.41.72! Wow! Why Andrew Seliskar went so fast in prelims? Are you sure he’ll swim the final tonight? I don’t know. Perhaps he tried the NAG record in prelims and will scratch the final to focus on the 200 breast and another NAG record quest.
And has he swum the 500 free prelims too? He was entered but the live results don’t work.

Didn’t see him swim the 500 free. Got hear early for the afternoon session. Saw Gemmel, Haas and James Murphy swim but no Seliskar

There’s a strong possibility Seliskar planned to go after the 200 fly in the morning and the 200 breast at night… but after getting that close in the fly, I could see him reconsidering and trying to hit both hard at finals.

Based on Meet Mobile, it looks like Seliskar scratched out of the 500 free this morning.

Scratching the 500 probably make sense, but I was hoping to see a Gemmell-Haas-Seliskar battle in finals.

GO BEARS! Can’t wait for him to come to Cal.