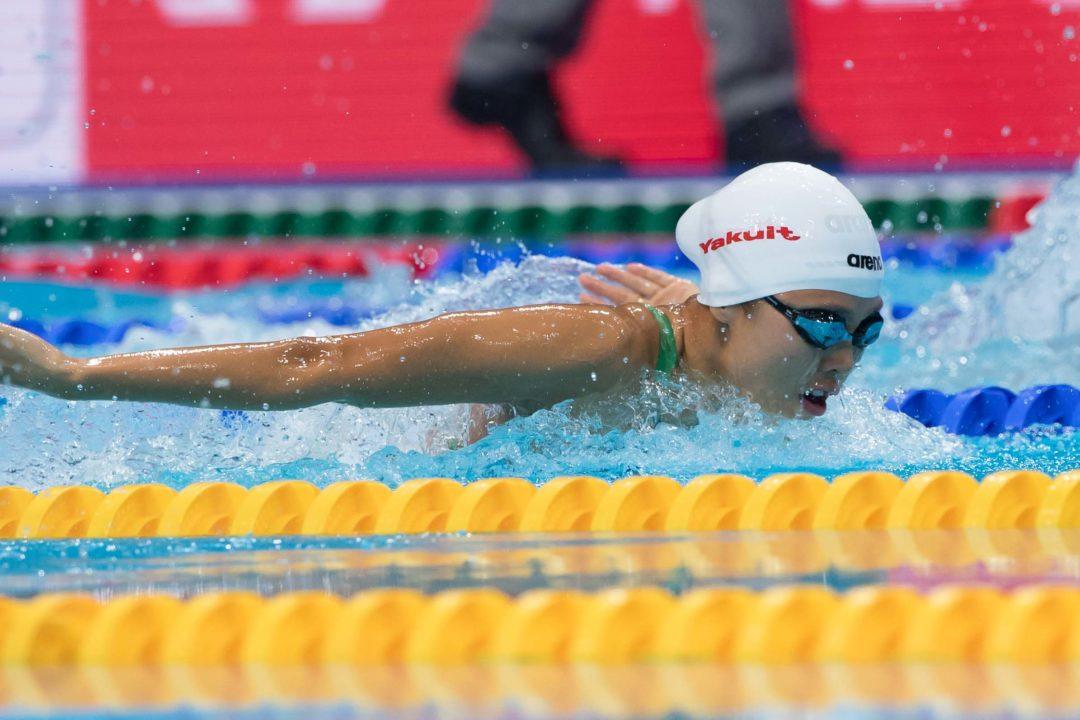 An Sehyeon raced to a solid 57.96 100m fly in Korea tonight to claim her 8th consecutive National Festival title in the event. Archive photo via Mike Lewis/Ola Vista Photography

The main attraction of these Korean Nationals, Olympian Park Tae Hwan, was out of the pool tonight, awaiting his final event of the men’s 4 x 100m medley, which takes place tomorrow. But swift swims were still in order on the evening, led by national record holder An Sehyeon.

Competing in her pet event, the women’s 100m fly, An crushed a quick 57.96 to collect her 2nd gold of these Nationals after taking the 200m fly earlier this competition in 2:09.85. All of her swims here in Ungpo are taking place shortly after the Asian Games with no rest, so the fact she came within a second of her own 57.07 national record is a solid swim for the 23-year-old.

An’s win this evening incredibly marks her 8th consecutive national title in the 100m fly, dating back to her time of 59.32 notched in 2011. Last year she won the event in 57.86, but her 57.96 from tonight beats the 58.00 she produced for bronze at this year’s Asian Games. She holds the South Korean National Record in the 57.07 she registered for 5th place at the 2017 FINA World Championships in Budapest.

In the very early season rankings, An now ranks as the top swimmer in the world in the women’s 100m fly event.

In the men’s 50m breaststroke event, Australian-trained Moon Jaekwon scored a new meet record, racing to the top of the podium in a time of 27.76. That outperformed the 27.88 he notched for gold last year and also represented the only swimmer under 28 seconds in tonight’s race.