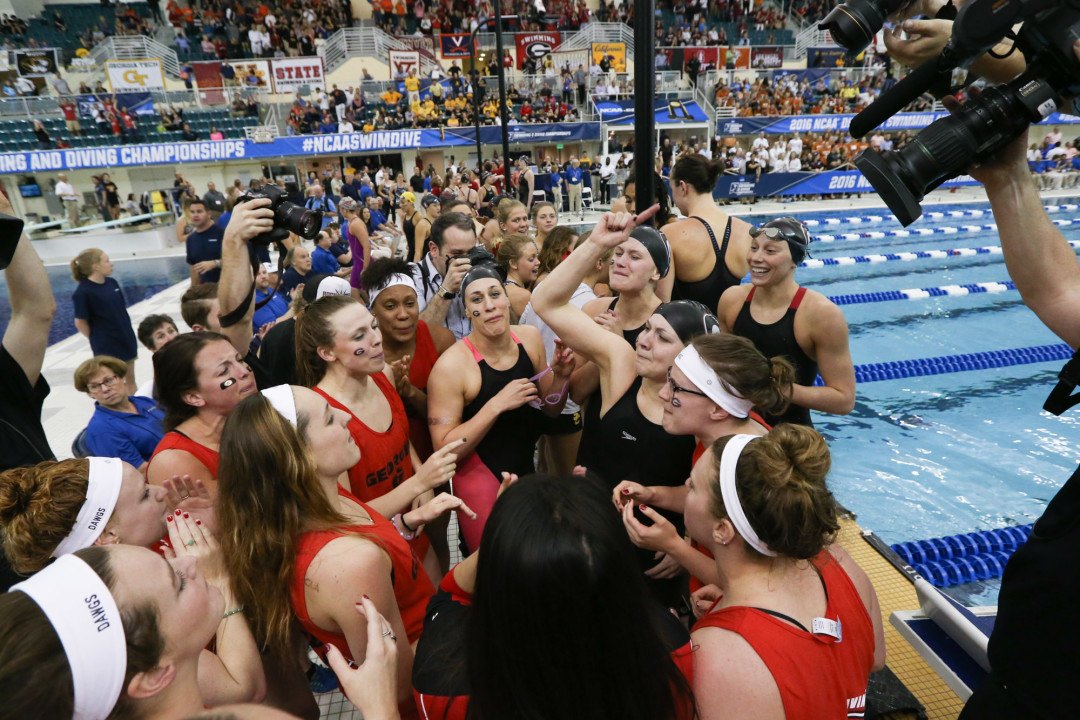 The defending NCAA champs will add a key reinforcement for next season, with former Florida State All-American Chelsea Britt transferring into the program. Archive photo via Tim Binning/TheSwimPictures.com

The defending NCAA champs will add a key reinforcement for next season, with former Florida State All-American Chelsea Britt transferring into the program.

Britt was an NCAA finalist for Florida State back in 2015. She swam two seasons with FSU, but sat out all of last year and told SwimSwam in March that she was seeking a transfer out of the ACC.

At the time, Britt listed Georgia among four schools already on her radar. Though she hasn’t returned our request for comment, Britt’s name is now listed on the Georgia roster for this coming season as a junior.

According to USA Swimming’s SWIMS database, Britt hasn’t competed at all since NCAAs in 2015, in short course or long course. A layoff of more than a year could leave rust as a factor, but if Britt can get back to her previous bests, she could be a huge pickup even on Georgia’s deep and talented roster.

Will be interesting to see if Georgia can hold off Stanford for the Title this year.

Think Jack of all people can handle any issues that arise, the Britt addition makes their 200 Medley/400 medley one of the more dangerous relays in the country. She’s grown up a lot, no need to shame someone for their past

Kinda ugly thing to say about an absolute great athlete who is obviously trying to better herself by going the Dawgs!!!

What conflict has she caused??

Have any of you seen her Instagram or Snapchat? a little sleazy to say the least. hopefully for the Dawgs, she has cleaned it up.