Ally Howe Commits to Stanford, Giving the Cardinal Their Backstroker 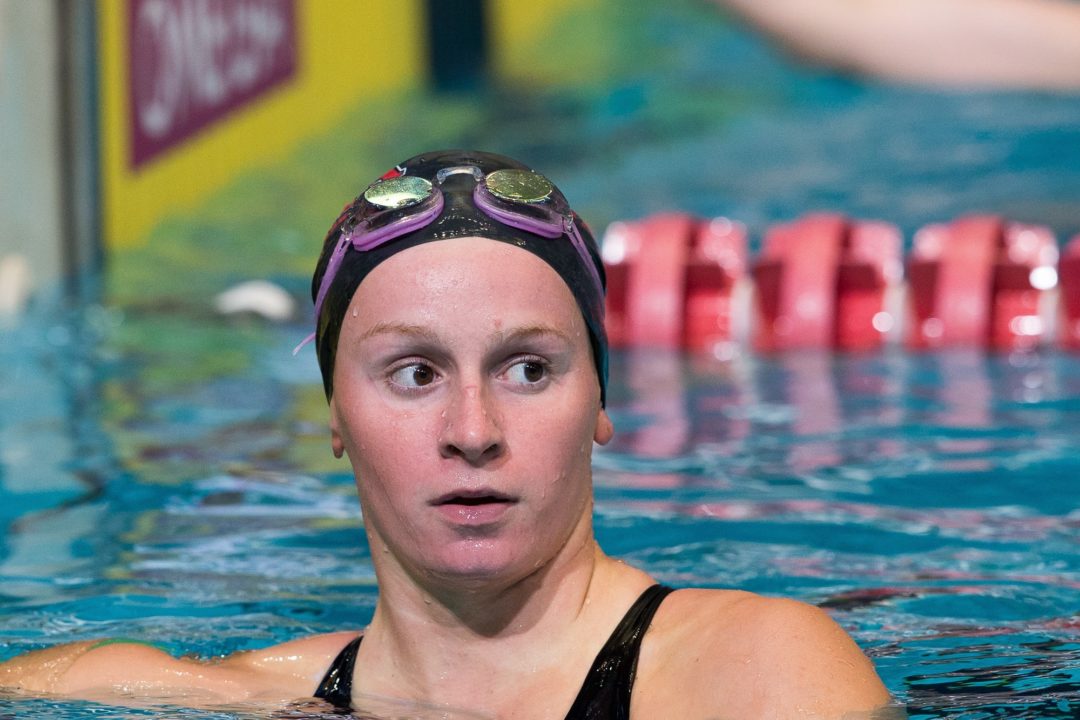 Ally Howe will stay close to home and swim for Stanford beginning in the fall of 2014. (Photo: Tim Binning/TheSwimPictures.com)

The Stanford women are just on an unreal streak of recruiting. It’s going to be a fun few years in the Bay area, as the Stanford and Cal women look like they’re going to be the leaders of women’s NCAA swimming at least until Rio.

Head coach Greg Meehan’s latest verbal commitment comes from Ally Howe, a local swimmer out of Tony Batis’ Palo Alto-Stanford Aquatics club. This is the Cardinal’s fourth elite recruit of the season, which is more than all of the (public) elite verbal commitments for the rest of the country combined.

“I chose Stanford because I loved everything about it from the swim team to the academics to the environment to the student body,” Howe said. “It’s a place where I feel I can succeed in the pool and in the classroom while having some fun along the way.”

Part of what makes Howe so valuable, especially as this Stanford team looks like one that is going to have a ton of pieces covering just about every piece of the schedule, is her versatility. She has the potential to fill in if any number of these incredible recruits get injured, stop developing, or burn out.

The rest of her strokes are unreal. She’s been 52.3 in the 100 yard back and 1:53.5 in the 200 yard back. Those times both were done as a high school junior in 2013, and both would have also scored at NCAA’s in 2013 (though, of course, the price of a backstroke finalist will continue to skyrocket in the next few years).

Backstroke is ‘her thing’ though, and that’s where the Cardinal need help the most – they’re currently very thin in that area.

Looking at Stanford’s class so far is enough to make one drool. It’s reminiscent of the Rachel Bootsma/Liz Pelton class at Cal, only this Stanford class also has a breaststroker.

That’s a 3:33.5 aggregate, without counting relay starts, and with best times through just their junior years of high school. That would have placed in the top 10 at NCAA’s last year. And that’s just for illustrative purposes: Hu is a 22.1 and 48.6 in the 50 and 100 yard freestyles, and this class is just one year behind the addition of Olympian Lia Neal. And Maddy Schaefer, a former 17-18 National Age Group Record holder, will be a senior to overlap with this group for a year. It is just staggering what these relays could do. Plus a couple of former Junior National Team breaststrokers who will have two years of overlap. Meehan is looking at a veritable all-star team of former junior-level stars. The records that the Cal women will inevitably break in the next few years could be broken again by Stanford.

If Stanford doesn’t win an NCAA title in the next 4 years, it will be a complete head-scratcher as to why. Perhaps only the Cal women can keep them from it. At any rate, this rivalry looks like it’s on the way to be a fun decade of swimming, and hopefully the two programs will push each other to even more absurd heights in the sport.

The Farm has a bright future with an incredible stable of talent.

It will be Cal or Stanford for the next 5 years!
The other teams must respond!

Still no news for Simone Manuel?
Where is the best place for women’s sprint now in USA?

“Where is the best place for women’s sprint now in USA?”

This is a question no one seems to be able to answer. The US has done poorly internationally in the 50 and 100 free lately. They dominated the 200 and up at the Olympics and Worlds, and they did not even make it onto the podium in the 100 or 50. I’m not sure any collegiate program has stood out for developing elite female sprinters recently. Ledecky will face the same dilemma as Manuel next year. There are no collegiate standouts for the female distance events either.

Not to hijack the spotlight from Ally Howe. Congratulations to Ally! She is a spectacular athlete.

I’m not sure if it is an anomaly, but our star freestylers on the international stage (medalists, winners) were not training in college leading into the meet. Allison Schmidt was lights out while taking a year off and great (but not the same) before and after. I used to think this was because post grad swimmers had more time, experience, background, etc., but after the last two years, it’s almost like the college swimmers are being sandwiched between international level high school and post grad swimmers. Again, it could be an anomaly. I just find this interesting.

I understand on the men’s side because they physically continue to mature, but the women’s side just baffles me.

Curtis Ogren must now go to Stanford. It was meant to be.

Congrats to Ally and Greg. Thought all along that Howe and Ogren were near locks for Stanford. Not many elite swimmers from Peninsula private schools pass on the farm.

PS sincere thanks to Bobo for handing the next five NCAA titles to the Bay Area duopoly. Why needlessly rile up the legions of SEC fans here?!?

Congratulations Ally! It’s a great fit for her and the program/