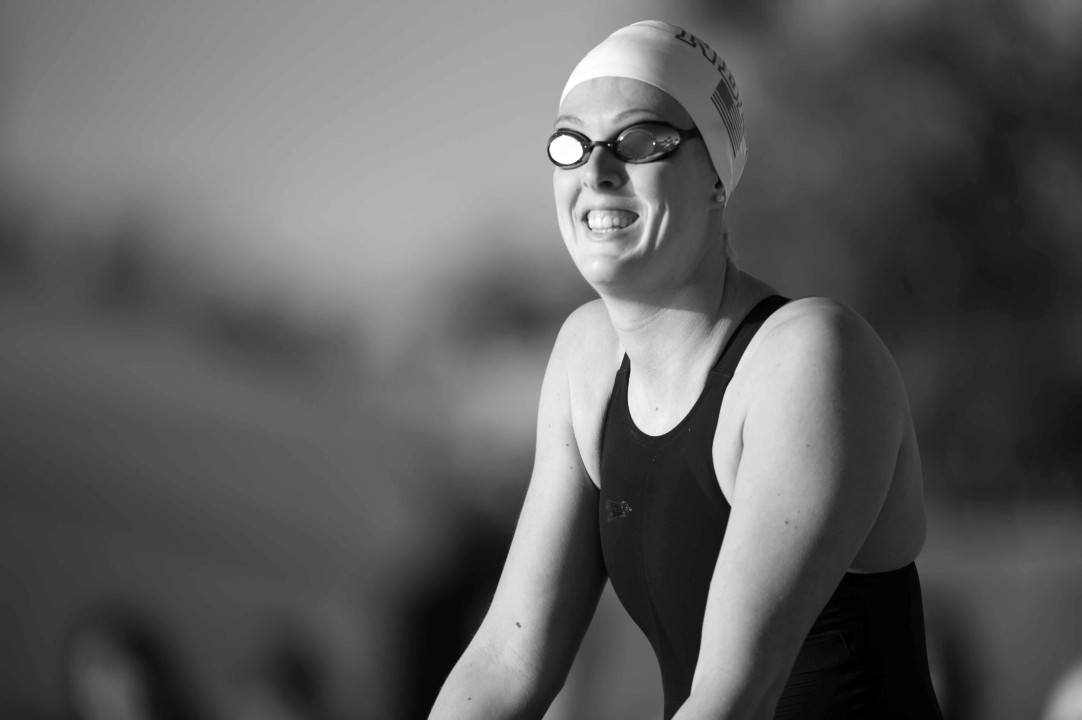 The defending Olympic Champion Allison Schmitt has had a roller-coaster of a few seasons since winning the 200 free at the 2012 London Games, battling depression and inconsistent performances.

Her first swim on Wednesday evening at the 2015 Pan American Games, however, might be the beginning of her final ascent to the 2016 U.S. Olympic Team.

Schmitt took the women’s 200 free title in 1:56.23, which marked Team USA’s first gold of the meet after a generally quite lackluster first day. In the process, she broke the old Pan American Games record of 1:58.43, that had miraculously stood since 1979 when American Sippy Woodhead swam 1:58.43 in San Juan, Puerto Rico.

At the time, Woodhead’s swim was a World Record.

Despite its historical significance, the  record was ripe for breaking, and broken it was: the top three swimmers were all under the old mark. That includes Canada’s Emily Overholt, who was 2nd in 1:57.55, and Brazil’s Manuella Lyrio, who placed 3rd in 1:58.03.

Schmitt is expected to race again at the end of the session on the American women’s 800 free relay.

For Overholt’s account, the 17-year old just missed the Canadian National Age Group Record for 15-17’s. That record is a 1:57.20 that belongs to Heather MacLean.

More than beat the old CR, before today, only Sippy and Dana Volmmer(1:59.80) dipped under 2minutes in panams.

Yay, Alison is back! And darn it she won’t be in Kazan.