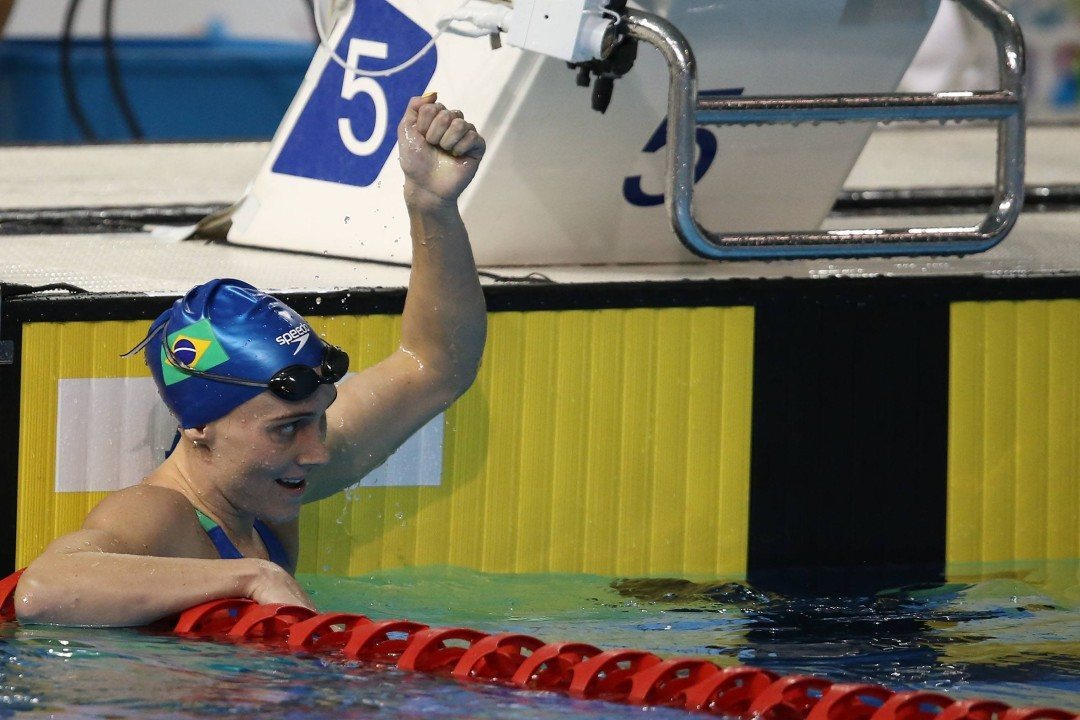 Brazilian swimmer Manuella Lyrio has broken the South American Record in the women’s 200 meter freestyle on Wednesday at the 2015 Pan American Games in Toronto, Canada.

She swam a 1:58.03 to break the 1:58.53 done by her countrymate Larissa Martins earlier this year, which broke the national and continental records; and also earned her a bronze medal.

Martins didn’t swim as fast in finals as she did at Maria Lenk in the old record performance, swimming just 2:00.32. That’s a surprise after a very good relay swim on Tuesday as the Brazilian women broke the South American mark in the 400 free relay (and they’ll probably break the 800 free relay record later in the finals session).

Lyrio’s previous personal best was a 1:58.74 (done at Maria Lenk for 2nd place). There was a timing error that kept Martins’ full record splits from the record books, but below is a comparison of Lyrio’s splits to her old personal best.

Lyrio was also under Sippy Woodhead’s old Meet Record of 1:58.43, which will rest now in the hands of American Allison Schmitt.