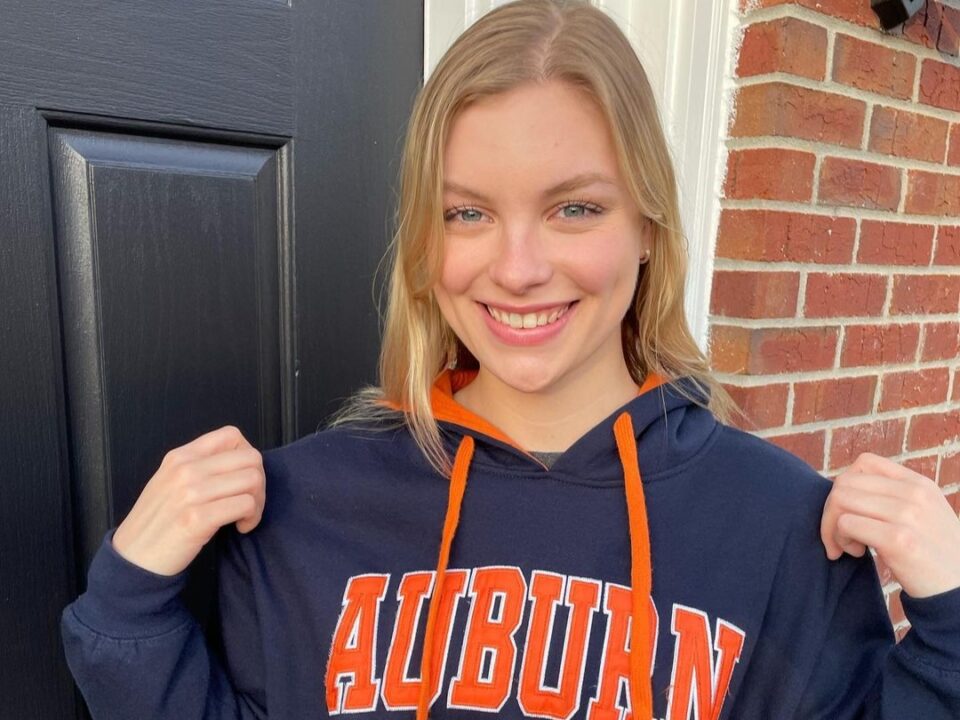 All-American Lilly Byrne will transfer after graduating from Tulane to continue swimming as a graduate at Auburn with two years of eligibility remaining. Current photo via Lilly Byrne

All-American Lilly Byrne will transfer from Tulane to Auburn, according to her Instagram. Byrne’s post from late December reads:

“Here we go again! So excited for the next chapter!! War eagle baby”

Byrne is still on the Tulane roster, and her Instagram profile indicates that she will graduate this year and transfer to Auburn as a graduate student. Including the 5th year waiver granted by the NCAA because of COVID, she should have 2 years of eligibility remaining.

Byrne’s top times all come from the AAC Championship meet in 2020 as a freshman. At that meet she qualified for the NCAA Championship in the 500 and 1650, with tims of 4:42.78 and 16:15.69, respectively. Her qualification earned her All-American honors, but she was not able to compete at the NCAA Championships due to the meet being cancelled.

As reported by SwimSwam, the Tulane women have not had access to their campus pool since March of 2020, shortly after Byrne’s NCAA-qualifying performance at the AAC Championships.

The Auburn women finished 9th at the 2021 SEC Championship and did not score at the NCAA Championship. The Auburn women are currently ranked 19th in the latest CSCAA poll and 22nd in the SwimSwam Power Rankings. The recruits joining Byrne at Auburn include Micaela Sierra, Kyla Maloney, Ainsley Jones, Carly Sebring, Morgan Gore, and Casey Cullen.