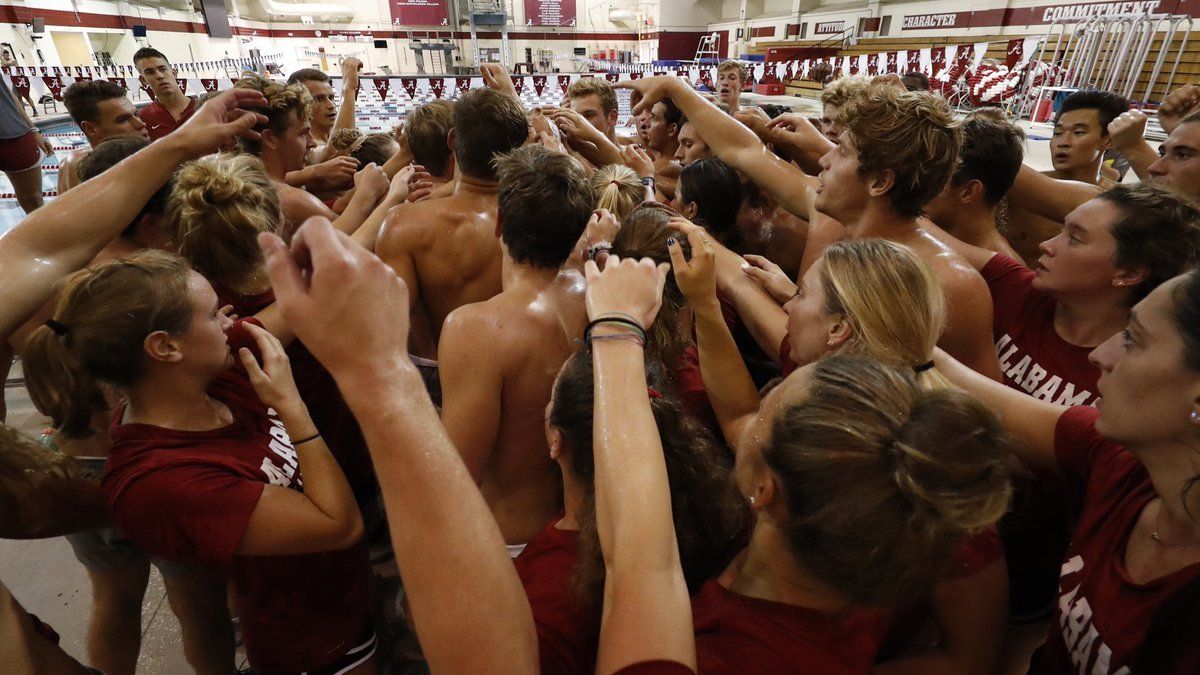 In what has become an annual tradition, Alabama swimming and diving opens the 2018-19 season this Friday against Delta State at the Alabama Aquatic Center. Current photo via Alabama Athletics

TUSCALOOSA, Ala. – In what has become an annual tradition, Alabama swimming and diving opens the 2018-19 season this Friday against Delta State at the Alabama Aquatic Center.

It’s not only the first meet of the season for The Crimson Tide and the Statesmen, it’s also the first collegiate swimming and diving competition of the year. This year’s meet marks the sixth year in a row that the two teams have made the first splash of the NCAA season.

“We’re excited to get going and to stand up and get a competition under our belts before we take on Ohio State in Columbus later this month,” Dennis Pursley, in his seventh season as Alabama’s head coach, said. “Even though it’s very early in the training cycle, we’re looking forward to checking in and seeing where everyone is right now.”

The diving portion of the meet will get underway at 2 p.m., while team introductions and the swimming events get underway at 4:30 p.m. Admission is free. Fans can also follow live results on RollTide.com and watch the live video stream via the WatchESPN app and WatchESPN.com.

Alabama returns seven All-Americans to this year’s roster, including seniors Katie Kelsoe and Justin Macfarlane and sophomores Leonie Kullmann and Flora Molnar for the women and seniors Robert Howard and Laurent Bams along with junior Zane Waddell for the men. The Tide added 26 freshmen – 14 women and 12 men – to a roster that totals 73 swimmers and divers.

“An early meet like this is particularly good for the rookies, giving them a chance to see what a dual meet looks like and to start to acclimate to collegiate competition,” Pursley said. “It’s also an opportunity for the staff to evaluate how they react in a competitive environment.”

Friday will also be the kick-off for Alabama Athletics’ Power of Pink slate of events, which helps raise awareness for the fight against breast cancer. The Tide women will be wearing pink caps in support of the initiative that began on the Alabama campus in 2005.

Actually Lindenwood, UMSL, and McKendree competed at the first annual STL Showcase last Saturday at the Chuck Fruit Aquatic Center in Edwardsville, Illinois. It was LCM and had a non-traditional format. I will make sure info is sent in, it was a very fun competition.

They need more swimmers! and divers!! Only 73 on the team??

no way :joy: my sides :joy: the bpaptu numeral :joy:

out of curiosity, What are the rules for # of swimmers on a team? are there limits? Another D1 team I know of just cut a 27th person for “numbers” reasons.

I don’t believe there is a maximum. A lot of schools only take a travel roster to meets, and at championship meets there is a max of 18 swimmers that can score (and I believe 3 divers). Because of this, swim teams are generally smaller. They could hold more, but why “waste” resources like equipment, time, lane space (ect) on a swimmer that has no potential to score and represent the program.

NCAA Roster limit for Championships is 18. Divers are part of that but 3 divers = 1 swimmer. So for example, a team can take 17 swimmers and 3 divers to Conference.