Air Conditioning Turned Back On In Rio Athletes’ Village 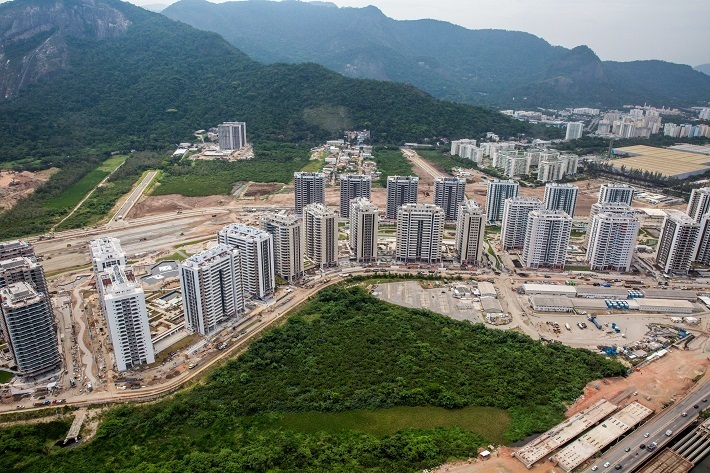 Just a few days after it was announced that air conditioning within the athletes’ village would be cut in the latest round of budget revisions for the city’s Olympic games, Rio 2016 organizers have reversed the controversial decision. As of right now, athletes can put their fans back in their closets, as air conditioning is set to be reinstated due to public outcry after the “luxury” was woven back into the budget.

The entire ordeal came about due to an overall budget cutting measure of approximately 30%. Infrastructure and volunteer power were said to the most impacted components of the budget cuts, but then the reduction in air conditioning to a ‘paid luxury’ was announced. In the less-than-desirable scenario, approximately 10,500 athletes would be without air conditioning unless the athletes’ federations coughed up the dough to pay for the feature.

In an about-face by Rio organizers just days after this announcement, 2016 Games spokesman, Mario Andrada, said, “The sports department found a solution that could allow us to have the air conditioning, so were buying air conditioning for all the athletes’ bedrooms and social rooms.”

Andrada also cites the air conditioning decision as “an evolution and not a change”, which actually came as a surprise to some. Kitty Chiller, the team chief for the Australian Olympic team, told NBC Olympics that she wasn’t even expecting air conditioning in the first place.  “Rio organizers have told us they will be providing a fan in each of the bedrooms and the lounge room of each apartment. This was also confirmed in a meeting with the organizing committee in Brazil this week.”

Even though the Olympics are scheduled for August, during Brazil’s winter, temperatures in that same month this year rose to as high as the mid-90s.

Still no word on the other looming issue of not having an electricity provider at the Games, however. Included in our report from December 3rd was the fact that Rio organizers have yet to sign a contract with a private energy supplier. Temporary generators would have to be used as the “B Plan”, as Andrada is quoted as saying “the responsibility to provide energy belonged to the national government.”

Trying to reassure athletes, spectators and Brazilian constituents, Andrada stated, “We do have a concrete plan. The plan is being executed but we haven’t got the final solution for the problem.”

“This is a problem that should have been fixed a while ago,” he said. “We will have energy. Don’t get scared.”

Take the games back to London. Brazil clearly doesn’t have its act together. It has limited resources. Next they will be compromising security of athletes and fans due to budget constraints. The water qualit for open water is still an issue and they tell people to get the Hepatitis shot. This is unprofessional and unacceptable for a competiton of this caliber.

totally agree with u . I sense there will be many messy issues that may bring much turmoil . On top of that , Brazil will probably fall into deep recession due to the huge financial debt . Ouch !!!

At this point it’s just a trust issue. Nobody believes the Rio organizers anymore. The government funding needed to do it the right way clearly is not there and they don’t have financial access to credit this late to pay for it another way. They seem to be waiting for the IOC to aid them in some way, but the IOC is neither a bank or the World Bank. At a minimum Rio needs to face moving some events like the open water sports to another venue for safety reasons. This is making Athens 2004 look like a well oiled machine.

Its just how they do business there. I started going to Latin America/mexico back in the 80s and we always joked about the culture and the “manana” attitude of the people. You want 17000 seats? no problema we give you 17000 seats…5 years later: where are the 17,000 seats? Senior we could not build the pool with 17,000 because(insert lame excuse). Its still a nice pool and you will enjoy it. You want AC? why do you want AC? Most people here don’t have AC and they don’t complain. The weather here is nice that time of year..you don’t need AC. You come stay here in August and you will see that you don’t need AC..no problema. Sorry we could… Read more »