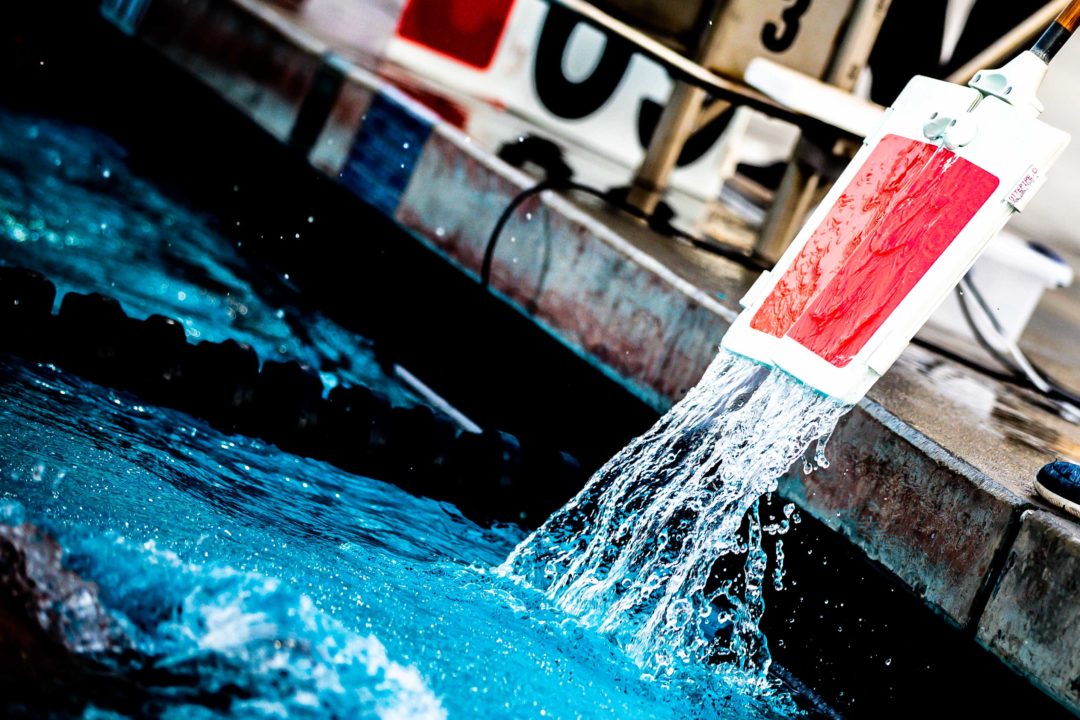 Miami's Aino Otava doubled up with victories in the 1650 and the 200 Fly on the final day of 2020 Miami Invitational, helping to defeat Vanderbilt. Stock photo via Jack Spitser/Spitser Photography

The 2016 Australian Olympian has decided to give herself time to recover before the fast-approaching Olympic Trials this June.

Miami and Vanderbilt wrapped up their mid-season invitational/duel on Friday in Coral Gables, FL. Though Miami came out on top it wasn’t a blowout and Vanderbilt stayed competitive throughout.

500 free and 400 IM champion Aino Otava won the 1650 freestyle by nearly 25 seconds, posting a 16:48.48, a new lifetime best for Otava by 20 seconds. Otava was also awarded the Miami ‘MVP’ team award for her three victories and relay contributions. Coming in 2nd place and taking 8 seconds from her previous best time was Vanderbilt’s Krislyn Porter in a 17:13:14. Otava later won the 200 fly in 2:01.52, getting to the wall half a second ahead of teammate Isabel Traba who finished 2nd in 2:02.03. Miami’s Chandler Sensibaugh placed 5th though she registered the third-fastest time overall in the 200 fly with a 2:06.25.

Miami finished 1-2 in the 100 freestyle with Savannah Barr and Carmen San Nicolas Martinez raking in 37 points for Miami. Barr won by a sizable margin, cranking out a 50.30 to San Nicolas Martinez’s 51.05. Vanderbilt’s Eleanor Beers was out fast but didn’t finish as strongly as San Nicolas Martinez, finishing 3rd in 51.10. Miami’s Sydney Knapp put up the third-fastest time though she only placed 5th, winning the ‘B’ final in 51.12.

After getting an NCAA ‘B’ cut in the 100 breaststroke yesterday, Miami’s Emma Sundstrand took the win again on Friday in the 200 breaststroke, falling short of the NCAA ‘B’ standard but still winning by over 2 seconds. For Sundstrand, this represents a 3 second drop from prelims and a 5 second improvement overall. Vanderbilt’s Lizzy Colwell placed 2nd in 2:18.74, about 4 seconds slower than her lifetime best from 2018.

The Miami team of Sundstrad, San Nicolas Martinez, Barr, and Knapp  captured the victory in the 400 freestyle relay, finishing in 3:22.36, more than 3 seconds ahead of the top team from Vanderbilt which finished in 3:25.81. Barr, swimming the third leg of the relay, had the fastest split in the field and was the only swimmer to break 50 seconds, producing a 49.76. Miami’s ‘B’ team placed 3rd in the relay in 3:29.83, and then Vanderbilt’s ‘B’ team 4th in 3:30.89. Debeer, who placed 3rd in the 100 free earlier, was one of only four swimmers to crack the 51-second barrier on the relay with a 50.91 as the second swimmer on Vanderbilt’s ‘A’ relay.

Scoring for this meet is different than we’re used to. The top-4 finishers are awarded points as if they were finishing in the top-4 at a traditional invitational or championship meet, whereas the swimmers that place 5th through 8th score as if they were finishing 9th through 12th in a traditional championship meet. This means that points are awarded accordingly: