After Boise State Cut, Emma Brady Will Remain in the Mountain West 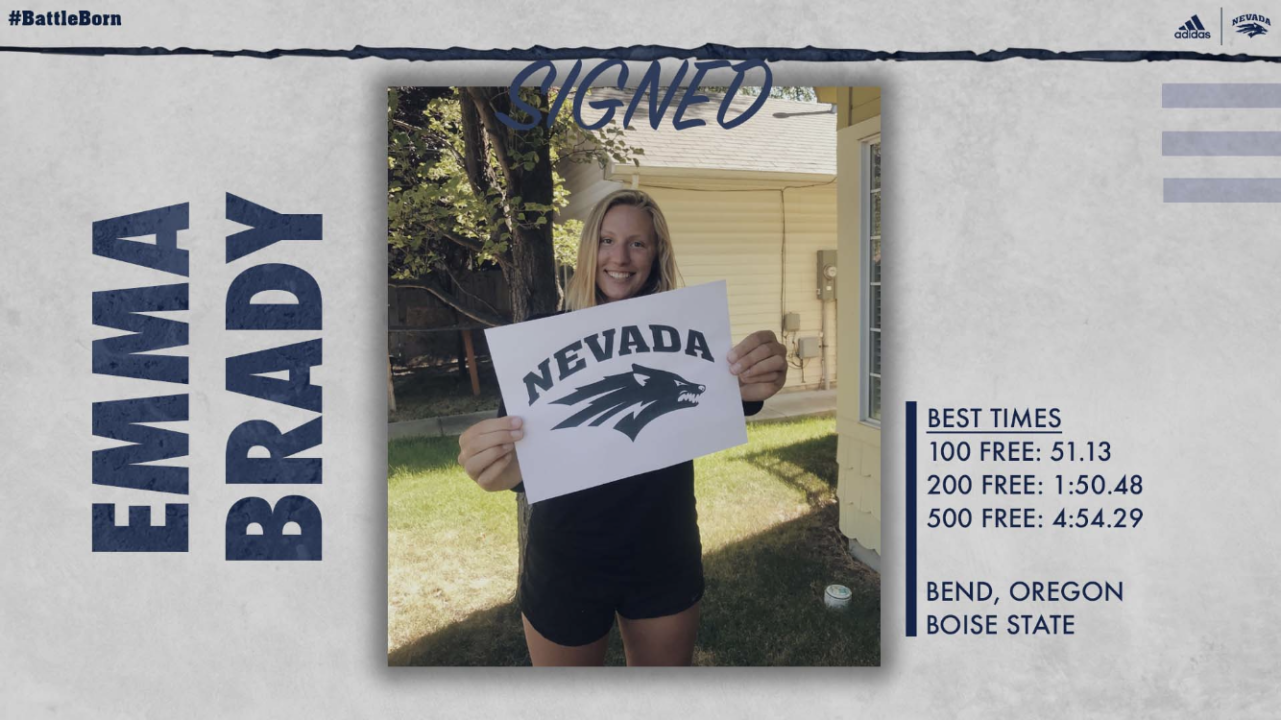 After spending her freshman season at Boise State, Bend, Oregon native Emma Brady will transfer to the Univeristy of Nevada. Current photo via Nevada Athletics

After Boise State announced the cutting of its women’s swimming & diving program, Emma Brady opted to remain in the Mountain West and has transferred to the University of Nevada. She is joining the Wolf Pack this season as a sophomore.

While Mountain West Conference rules require a scholarship-earning athlete to sit out a season and forfeit a season of eligibility for intra-conference transfers, conference rules also waive those rules in the event that an institution discontinues a sport, as happened with Brady at Boise State. That means she’s eligible to compete immediately.

She also split 51.09 on a rolling start on the Broncos’ 5th-place 400 free relay. Unusually, she didn’t swim on Boise State’s 800 free relay, in spite of the fact that her individual 200 free seed time was faster than 2 legs of that relay.

All-told, that adds up to 24 individual points scored by Brady at the meet.

While Nevada last season was a balanced team across a lot of races, they did lack some depth in the freestyle events, and Brady should help with that. For example, she would have been Nevada’s 2nd-best scorer in the 500 free at last season’s Mountain West Championship meet.

She also might have a spot on the Nevada 800 free relay that placed 2nd in the conference last season. That group graduated just 1 leg from last year’s relay, its top swimmer Andrea Cholodovskis Lima, but Brady’s flat-start best from last season already would be faster than one of the Wolf Pack’s rolling start legs.