After 4 Second Drop in 100 Back as a Junior, Christopher Lee Commits to Indiana 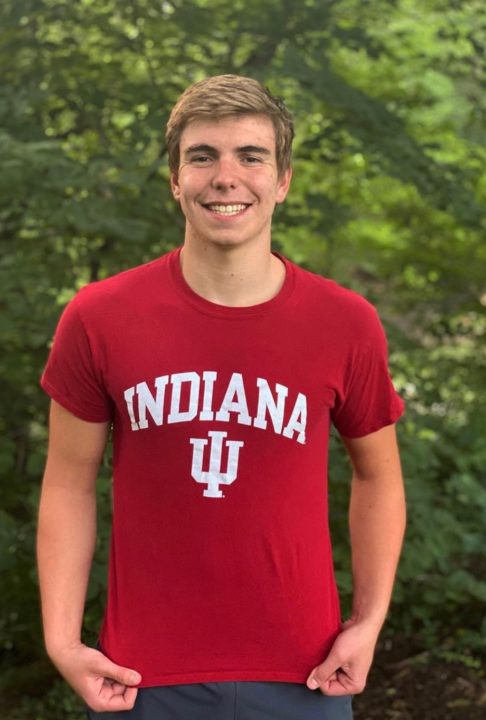 The Indiana Hoosiers have added a few late bloomers to their recruiting class of 2021, including Christopher Lee, above, who had a breakout junior season.

Christopher Lee, a senior at Columbus North High School in Columbus, Indiana, has announced his verbal commitment to the Indiana Hoosiers. He is scheduled to arrive in Bloomington, about an hour west of his home town, in the fall of 2021.

“Beyond excited to announce my commitment to study and swim at Indiana University next year. I’m so thankful for the privilege and I can’t wait to be part of the Hoosier family. GO HOOSIERS!!”

As a junior, in February of this year, Lee won a Sectional (pre-state) Championship in both the 100 yard back (51.23) and 50 yard free (20.61). That 50 free swim was over a second improvement from the time with which he won the same title a year earlier as a sophomore.

At the state championship meet, he very-nearly matched his Sectionals time, swimming 20.77 in prelims and 20.78 in finals to finish 10th overall.

He also placed 9th in the 100 backstroke, swimming a new best time of 49.57. That time was almost a two-second drop from his Sectionals result.

That state championship performance culminated what was a huge run of drops for Lee during his junior year, even without being able to swim any post-high-school championship meets to take a crack at improving best times in his secondary events.

Late bloomers are becoming an increasing narrative of the recruiting class of 2021 for Indiana head coach Ray Looze.

The class also includes, for example, Finn Brooks, who dropped 4 seconds in the 100 fly during the Indiana High School State Championship season to land at 49.07.

Both swimmers will have to continue dropping in order to contribute scoring at the level that Indiana competes at, but both have all of their momentum going in the right direction.

50 free progress is nuts. Can’t imagine him not making huge progress in that 100 free this year.

That 100 back progression is insane

Congrats and you’ll be ready to contribute in a year👍