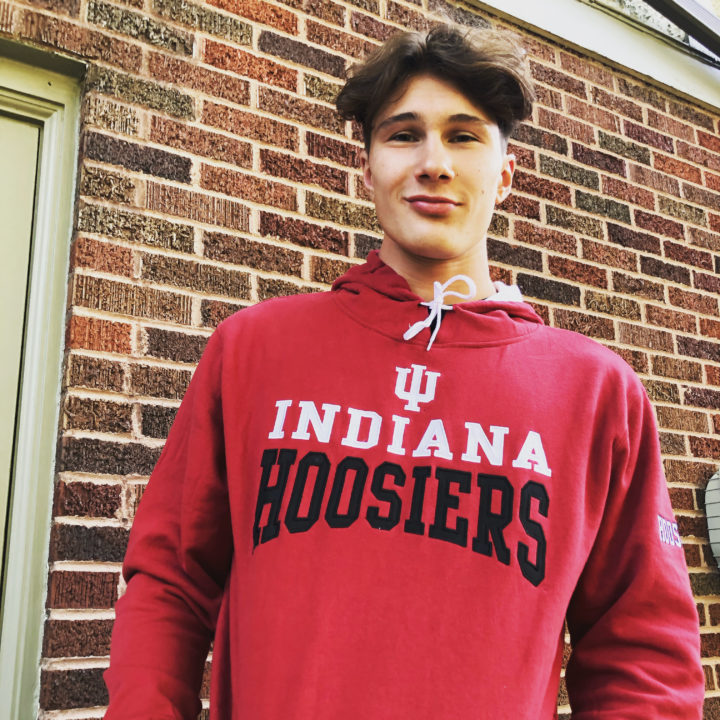 Finn Brooks, from Fort Wayne, Indiana, has verbally committed to the Indiana Hoosiers after huge drops during his junior year of high school.

Brooks trains with Summit City Aquatics under coach Stephanie Jamison. The club is the product of the 2019 merger of Three Rivers Aquatics and Southwest Allen Community Swim Team.

Primarily a sprinter freestyler and butterflier, Brooks is the epitome of a late bloomer who has only recently scratched the surface on his potential.

Before Indiana’s High School State Championship season in February, his best time in the 50 free was 21.71. He took almost a full second off that swim to finish 5th in 20.75.

Brooks’ times aren’t yet in scoring range at the Big Ten Championships, but his improvements during his junior season make him a high-ceiling project for the Hoosiers.

Some, like the World Junior Champion Matheny, Miroslaw, and Barr, are ready to be immediate contributors. Others, like Brooks and Lee, who has a very similar story, made big moves as juniors to put themselves in Indiana’s range of recruiting.

Always fun to watch the late bloomers develop! He has another year in high school before he even steps into campus

He’s going to love ASU. I mean ‘Bama. Whatever. Congrats.

Congrats! I see a nice exponential growth curve ahead.