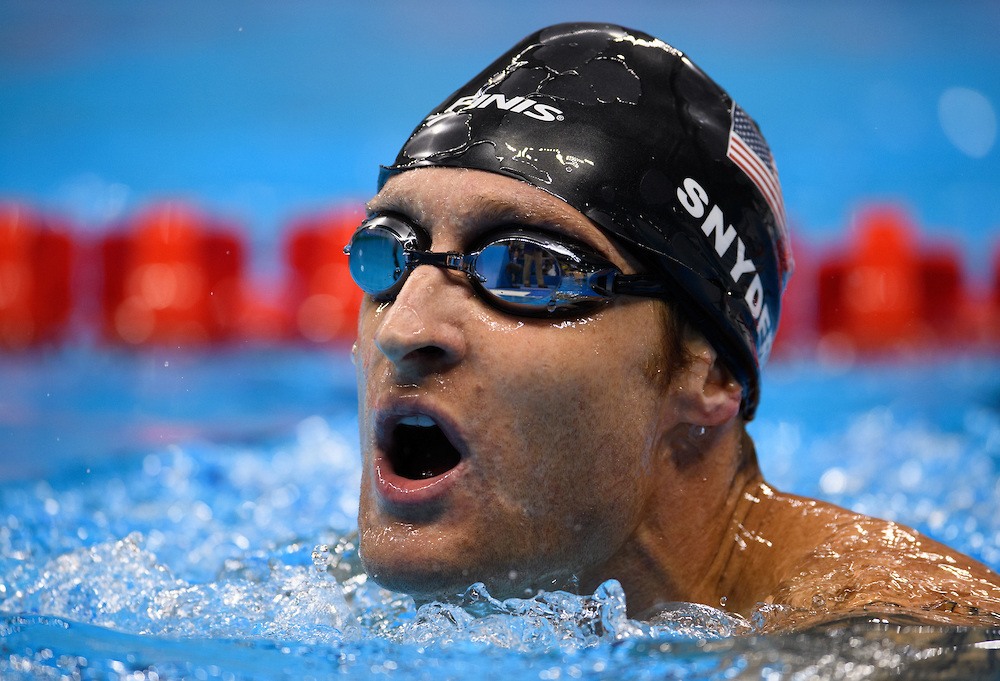 7 more World Records were broken on Thursday evening in Rio de Janeiro, the 8th night of swimming competition at the 2016 Paralympic Games.

The two highlights among them was a 3rd gold medal and a new World Record from Auriele Rivard of Canada; and a win and record-setting swim from American superstar Brad Snyder in his best event the 100 free.

In the S10 400 free, Rivard swam a 4:29.96, which put her more than a body-length ahead of the World Record line at the finish. This after missing her own record (but still taking gold) in her favorite event the 100 free earlier in the meet.

The old record in the 400 was a 4:32.79 done by Frenchwoman Elodie Lorandi at the 2013 World Championships. Lorandi took bronze in Thursday’s race, three seconds short of her best time.

The other headlining record was that of American Brad Snyder, a veteran of Operation Iraqi Freedom, in the men’s S11 100 free.

The 100 free has been arguably Snyder’s best event throughout his international career, but until Thursday the World Record alluded him. That’s because it belonged to one John Morgan, another American who 30 years and 6 days earlier swam a 56.67.

Snyder went under that mark by half-a-second, with a 56.15 as his final winning and record-breaking swim. That’s Snyder’s 3rd Paralympic gold medal this week 4th medal this year overall.

And the Women’s relays Braden? Both US & AUS went under World Record Time – if we are to believe their classifications.

Yes, of course. I had come up short on loading more, will update now.

I was glad you added ‘arguably’ to the 100 being Brad’s best event. I always think of the 400 as his bread and butter. He was a distance swimmer at Navy. He is definitely sprinting well at this meet. Rockstar!

He should definitely keep going into his mid 30s like Ervin did. He can just train the 50/100 if wants to cut back a little.