6 Reasons Why You Want the College Preview SwimSwam Magazine 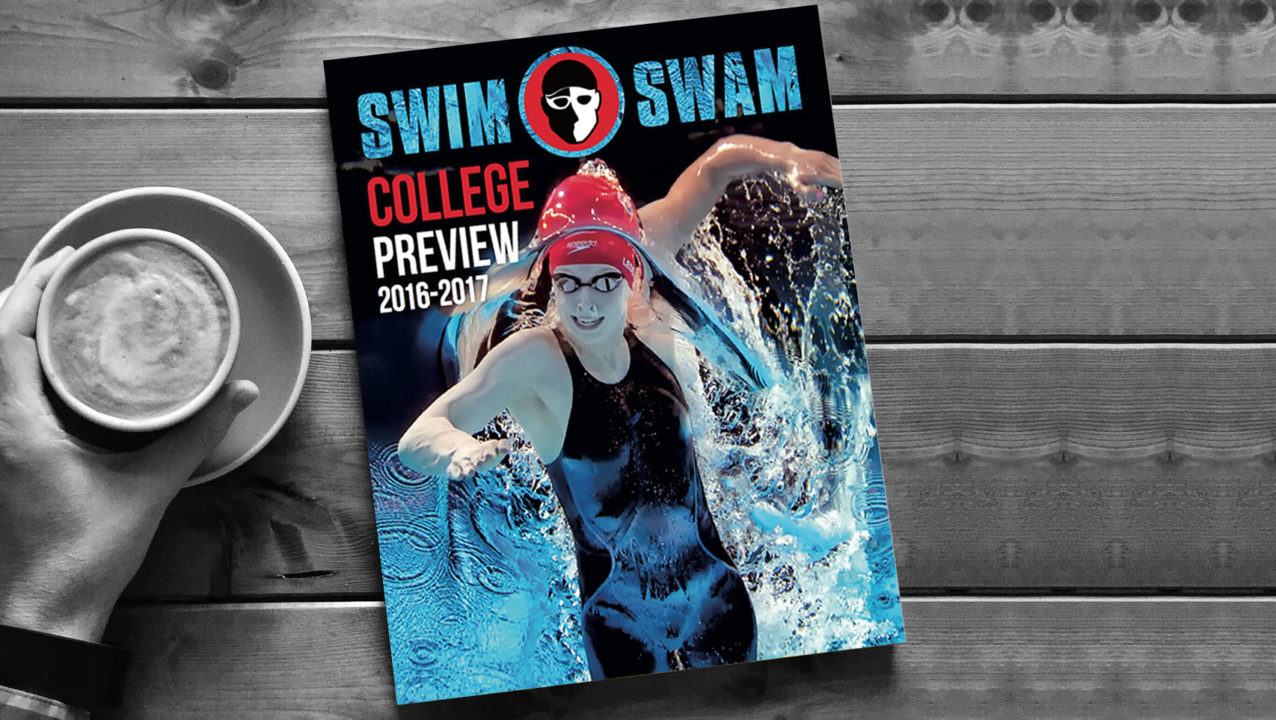 The 2016-2017 College Preview issue shipped August 29th, and it has everything you need to know to feed the college swimming fire and get ready for a great season!

We honor Katie Ledecky as she enters the college ranks!

THREE – SO MANY MAGAZINES