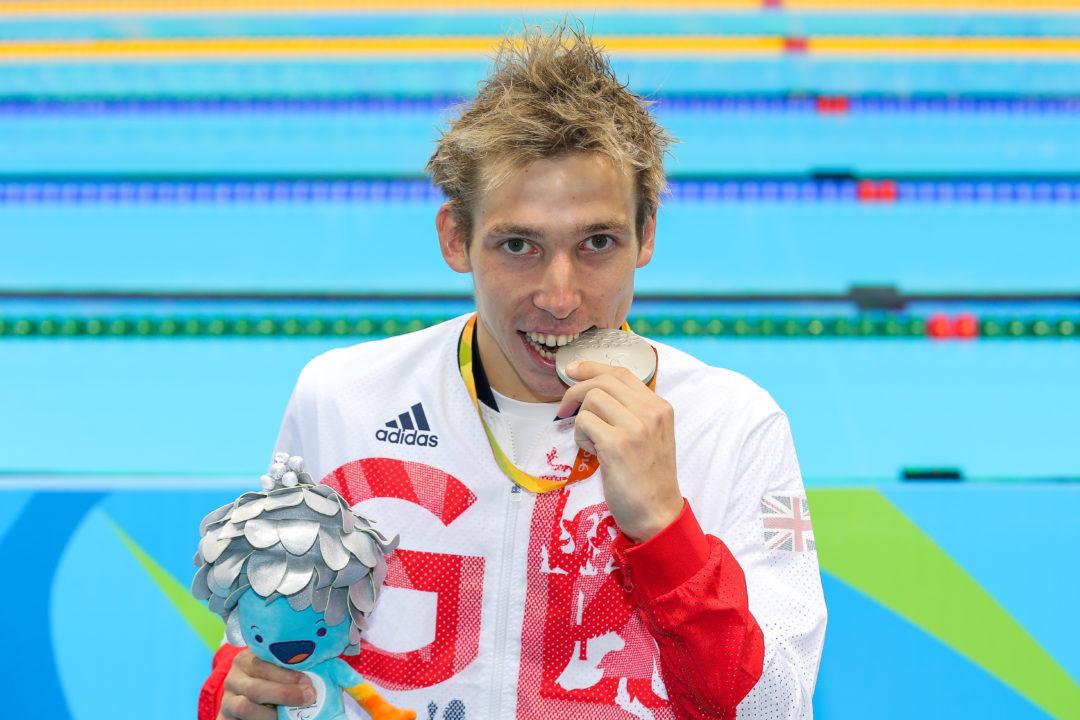 Earlier this year, Fox was reclassified from S7 to S8 and was diagnosed with Type 1 diabetes.

3-time British Paralympian and 4-time Paralympic medalist Jonathan Fox has announced his retirement from competitive swimming. Fox, 27-years old, was reclassified from an S7 to an S8 earlier this year; and in August he was diagnosed with Type 1 diabetes. He cited the “whirlwind” year as a driver behind his decision.

“My reclassification prevented me from being able to attend the Commonwealth Games 2018 and I also missed out on qualification for the World Para Swimming European Championships in Dublin 2018, both were hard to deal with.

“In August, I was admitted to hospital and diagnosed with Type 1 diabetes, that’s something that I’m still coming to terms with and getting used to.

“2018 has been a bit of whirlwind for me and now feels like a suitable time to step away from the sport and focus on my health.”

Fox’s 2016 achievements, which included gold at the European Championships in his specialty event the 100 back, came after an extended time away from the sport with injury.

In addition to his Paralympic success, he was also a two-time World Champion in the 100m backstroke. He retires with 4 World Records in long course and 2 in short course:

Fox was born with cerebral palsy.

Good Luck with your retirement. Is it the IPCs intention to get rid of cerebral palsy athletes altogether? If the IPC don’t know where these athletes sit ‘functionally’ with amputees then create separate classes within the class and then combine the class for medal purposes. Award a single medal per class for, example, the best S8 in the new combined event decided on who swam closest to the WR for each impairment – an Amputtee or Neuro. How hard can inclusion really be .. as hard as you make it. I understand that there are many other disabilities but if they don’t fit into either the neuro or amp boxes in the higher classes then they will sit with the… Read more »