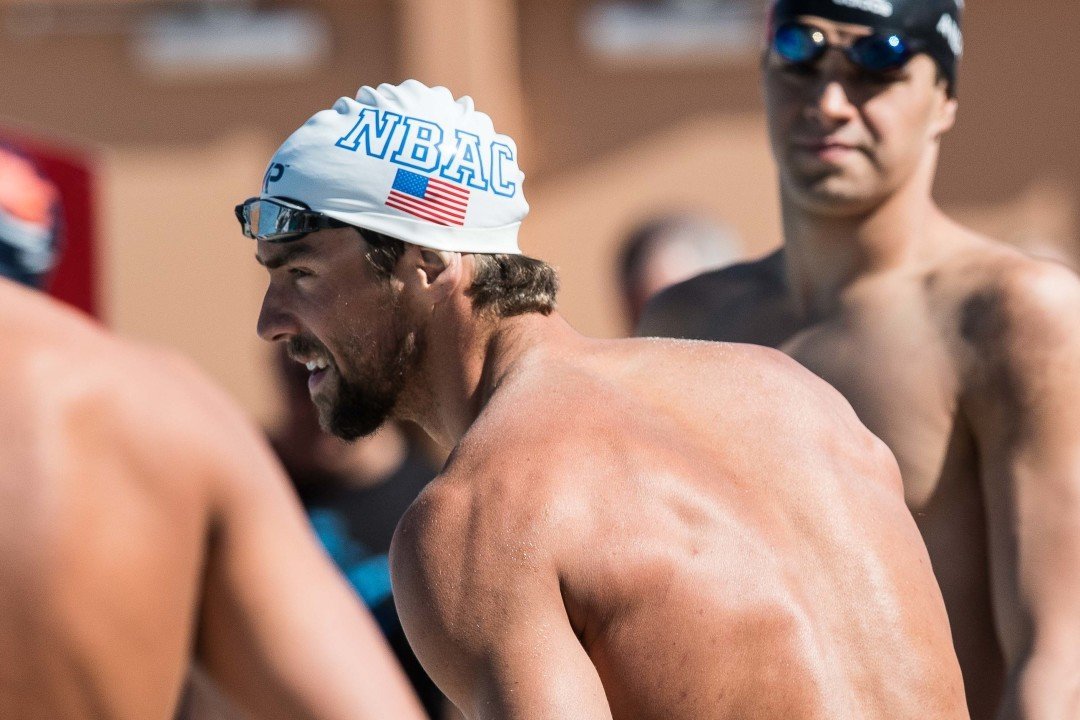 If Michael Phelps were a fighter pilot in the movie 'Top Gun', what would he use as his call sign? Archive photo via Mike Lewis/Ola Vista Photography

For anyone that was alive and old enough to not have been diapers during the year 1986 you most likely remember a little movie entitled ‘Top Gun’. Yes, it’s the movie that launched Tom Cruise into mega stardom and made flying fighter jets at mach speeds even that much cooler.

Also memorable from the movie were the myriad of ‘call signs’ or nicknames given to the pilot characters within the film.  We heard names like ‘Iceman’, ‘Goose’, ‘Cougar’ and ‘Maverick’, which are now forever-linked to the movie.

What does this have to do with swimming? Flash forward to today and we’ve hit the 30th anniversary of the iconic film. In my swim nerdy mind, this pop culture milestone made me start thinking of what call signs American swimmers would have if such a naming convention existed in our sport.

Here’s what I came up with, for some notable U.S. swimmers, but leave your own creations in the comments.
Michael Phelps – GOAT

I played the theme song and Danger Zone the other day…no one knew they were from Top Gun…I was at first shocked…then realized that yes, Top Gun is 30 years old….The good news is that Top Gun 2 is on the way…Bruckheimer, Cruise, Kilmer are all signed on…need to introduce a new generation to the movie.

I can’t decide which is better –

It’s all funny until someone pulls their Member’s Only jacket out of the closet.