3 Reasons Why Being a Middle Tier Swimmer Matters 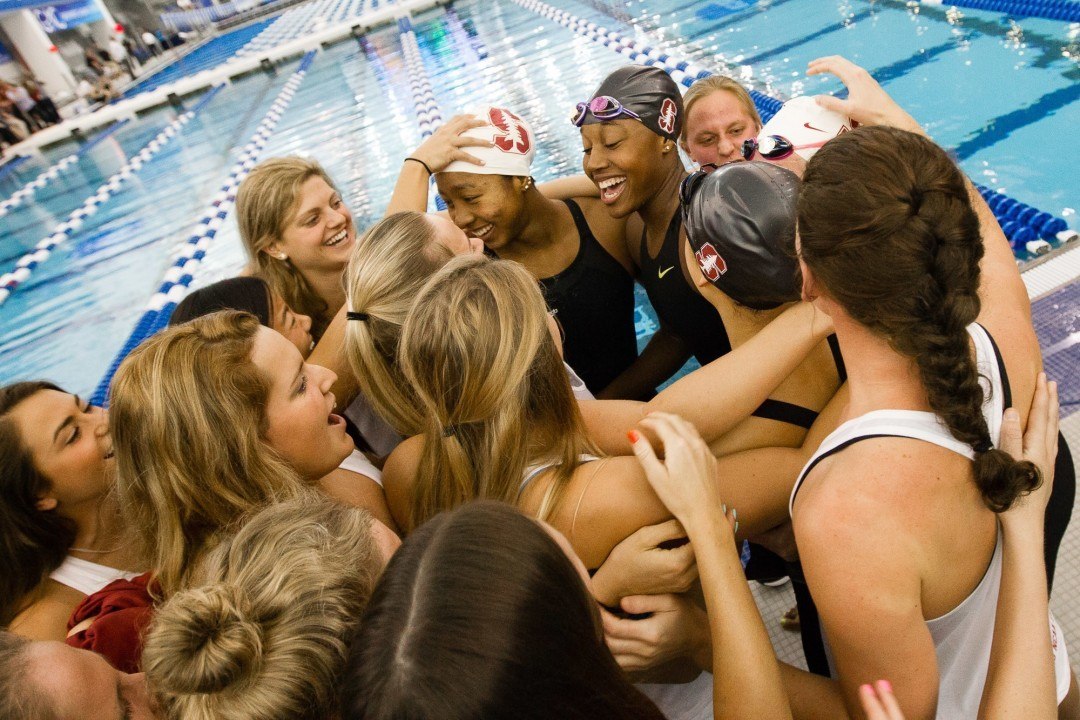 Figuring out that it takes more than just stud swimmers to make a team great. Current photo via Karl Moore

Every collegiate level swimming team across the nation has their own set of super stars: the top scorers, the faces of the team, the ones who can do it all. For the majority of collegiate swimmers though, fading into the middle of the pack is often the reality and can feel like an under-appreciated position. Here are three reasons why being in the middle or bottom tier of the team is just as significant as being at the top.

At dual and championship meets, the best athletes in each event can only score a certain amount of points. When athletes are already at the top there is not much room for them to gain more points. But middle and bottom tier swimmers have a significantly larger margin to move up in the ranks and score more points for their team. “B” and “C” finalists are the dark horses that give teams an extra edge in championship meets. We saw this last year at the 2016 Women’s Pac 12 Championships, the University of Southern California Trojans took the title to surprise a lot of followers. However, looking back at the results, the Trojans provided a ton of depth racking up points in the “B” and “C” finals allowing the team to ultimately claim the Pac 12 title.

Swimming is one of the toughest mental and physical sports out there. From the early mornings and afternoons, to strength and conditioning it’s so easy for a swimmer to feel overworked and burned out. No athlete wants to endure all that alone, no matter how fast they may perform. The middle-men of the team not only push themselves but also motivate the super-stars as well. Constantly chasing down someone that’s just out of reach benefits both the chaser and the chasee. Teammates set themselves up to compete against each other in practice everyday so when it comes to race day they’ve already done it a thousand times over in practice.

One of the most important aspects of being in the middle is being able to demonstrate how much a program has grown and improved throughout each season. Some swimmers are lucky enough to have always been fast or talented. But some swimmers have achieved their current status based purely on hard work and dedication. As each season comes to a close at championship season, the time and placement improvements of middle-swimmers reflect the coaching and work ethic of a team. Being able to see the progression of swimmers in the results demonstrates exactly where a program is heading.

No person on a team is more important than the other, each swimmer has their own special role that makes the team significant. Learning to appreciate and embrace eachothers role is going to make the team’s success more satisfying.

Yeah, a great article. Now I understand why top outstanding swimmers are so miserable: no room for growth, not capable to support other team members and no unexpected points for their teams. You opened my eyes: thanks God I was never at the top. Now I understand that it was a blessing in disguise.

What this article says must be said by any coach of junior varsity at high school. It is ok to say this even in college to swimmers who are not there on scholarship because to some extent college swimming is a team competition sport. But in most cases it is closer to professional sport than to high school competition were there is practically no recruiting program and swimming program should welcome and find appropriate motivation to anybody who wants to swim. In college the motivation of taking so much time from studying and socializing and pushing her/himself to physical limits should be of different type. The desire just to be the part of the team like in Rudy’s case is… Read more »

^Clearly did not swim in college, and has not a clue as to team dynamics.