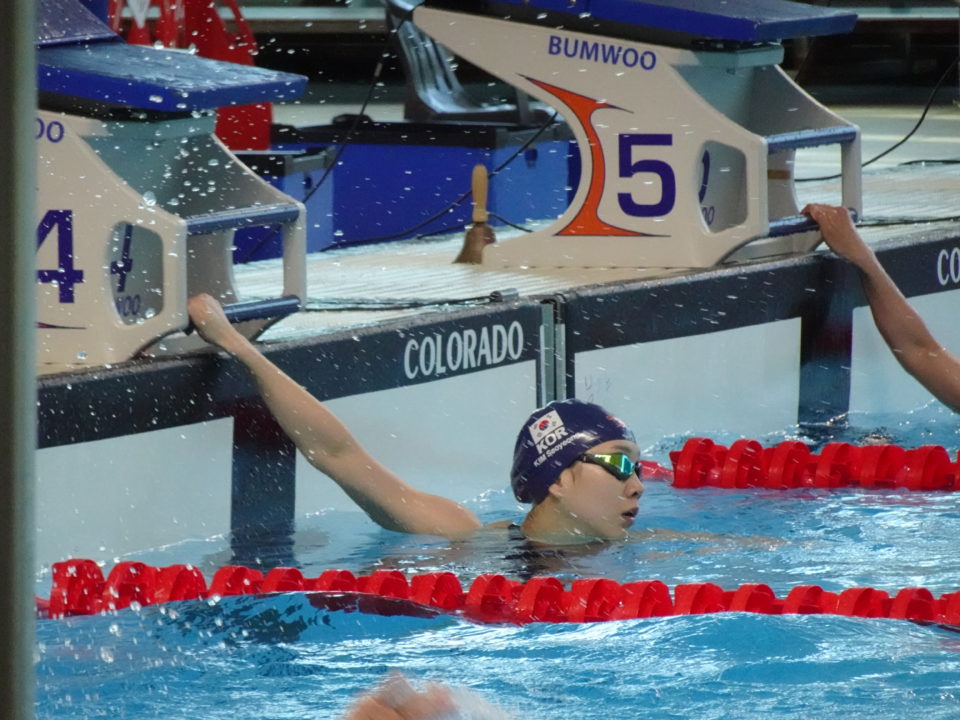 The nation of Korea will be sending its largest-ever contingency to this year’s World Championships. The biggest international swimming competition outside of the Olympic Games is set to take place in Gwangju, Korea July 12th-28th and the country will be sending a total of 82 athletes across 6 disciplines in all.

Within the swimming realm, the squad is comprised of 14 men and 15 women, but the list is missing 2 major competitors in Park Tae Hwan and An Sehyeon.

For Park, we’ve reported how the 29-year-old Olympic champion has opted out of competing this year to focus on his role as World Championships ambassador. There was talk of his retirement, but the man has signed a new contract with Incheon City and has completed his Korean Swimming Federation (KSF) registration for this year.

Park has said he will compete at the National Sports Festival in Seoul, slated for early October. 2019 marks the 100th edition of the national event, so his competing there could be his final send-off into retirement.

As for Sehyeon, the 23-year-old Olympian missed achieving qualification times through her performances at Korea’s Trials. That’s despite her having won Asian Games bronze last year in the 100m fly. She is the current South Korean National Record holder across the LCM 50/100/200 fly events.

For the swimmers who are competing, 7 of the 29 selected will be racing at both University Games and these World Championships.

Lee Juho, selected across all 3 backstroke events, stated of his participation in Gwangju, “I feel proud and strong responsibility to be able to represent Korea at both the Universiade and World
Championships.  As an athlete from the host country for Worlds, I am training extra hard to be prepared.

“My goal is to make it to finals. In Gwangju, I’d like to watch and learn from other international swimmers and eventually grow and improve to win a medal at the Olympics next year.”

Men’s breaststroking ace Moon Jaekwon stated, “While preparing for this season, I focused on immediately improving on what I lack, instead of simply wanting to make it on the team for both Napoli and Gwangju.

“Rather than having ultimate goals, I’d like to focus on doing my best and becoming better each day when the actual competitions begin next month.”

200m and 400m freestyle Worlds qualifier Lee Hojoon added, “Especially since this will be the first World Championships to be held in Korea, I want to be fully prepared in every way possible and show good results.

Many thanks to Jinho Lee for her contributions to this report.

why would you opt out of a meet where you can shine brighter than ever before considering the fact that half of the population will be spectating it??