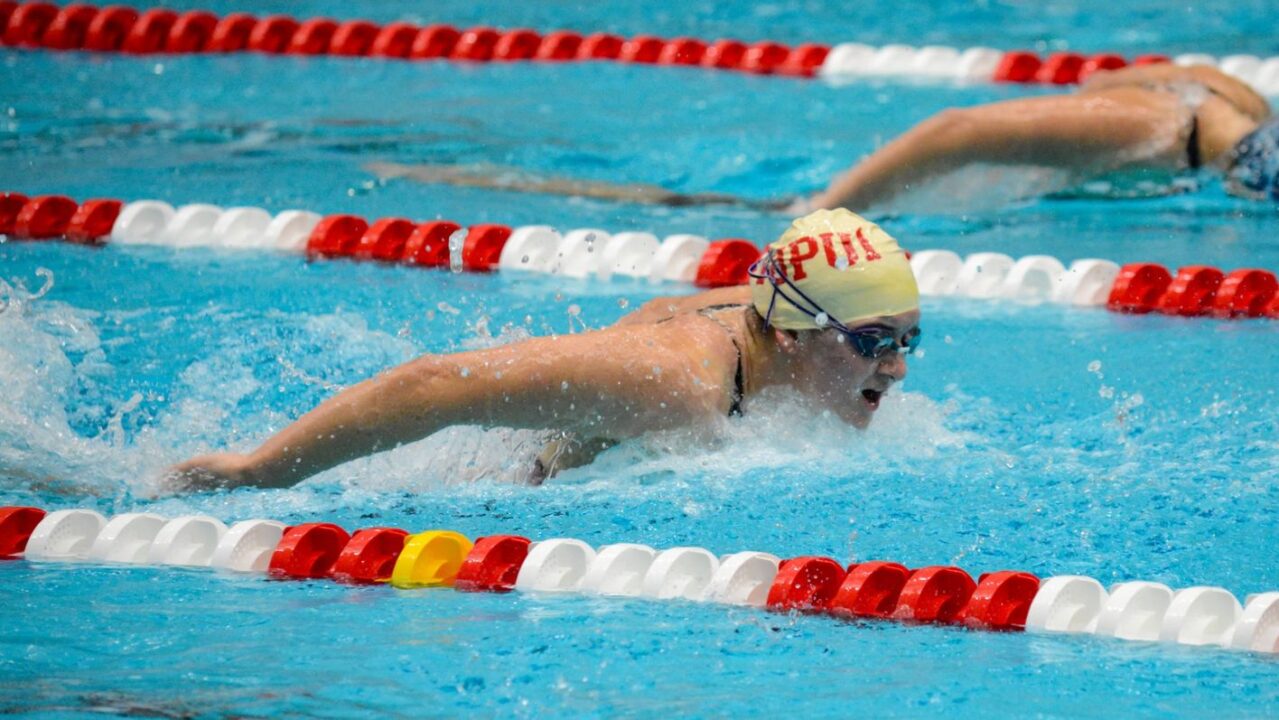 IUPUI is hosting their annual House of Champions Invite this week at the IUPUI Natatorium in Indianapolis. Stock photo via IUPUI Athletics

IUPUI is hosting their annual House of Champions Invite this week at the IUPUI Natatorium in Indianapolis. At this year’s meet, the Horizon League is well-represented with IUPUI, Green Bay, and Milwaukee in attendance. UIC, a former Horizon League team, is also in attendance. Division II powerhouse U Indy is at the meet as well, along with fellow DII program Lewis.

IUPUI saw Emmaleigh Zietlow tear to victory in the women’s 500 free final last night, swimming a 4:44.88. Not only did Zietlow touch first by ten seconds, she blew away her previous best in the event and took a stunning seven seconds off the IUPUI team record in the event. Additionally, Zietlow is now the fastest performer in Horizon League history in the event. It doesn’t appear that the Horizon League keeps official conference records, but from what we’ve been able to tell, Zietlow is now the fastest all-time performer in the conference by several seconds.

Buys would go on to win the women’s 50 free, but was slower than she led the relay off in, posting a 22.86. Coming in second was UIC’s Poleena Kovalaske with a 23.13, breaking the UIC team record in the event.