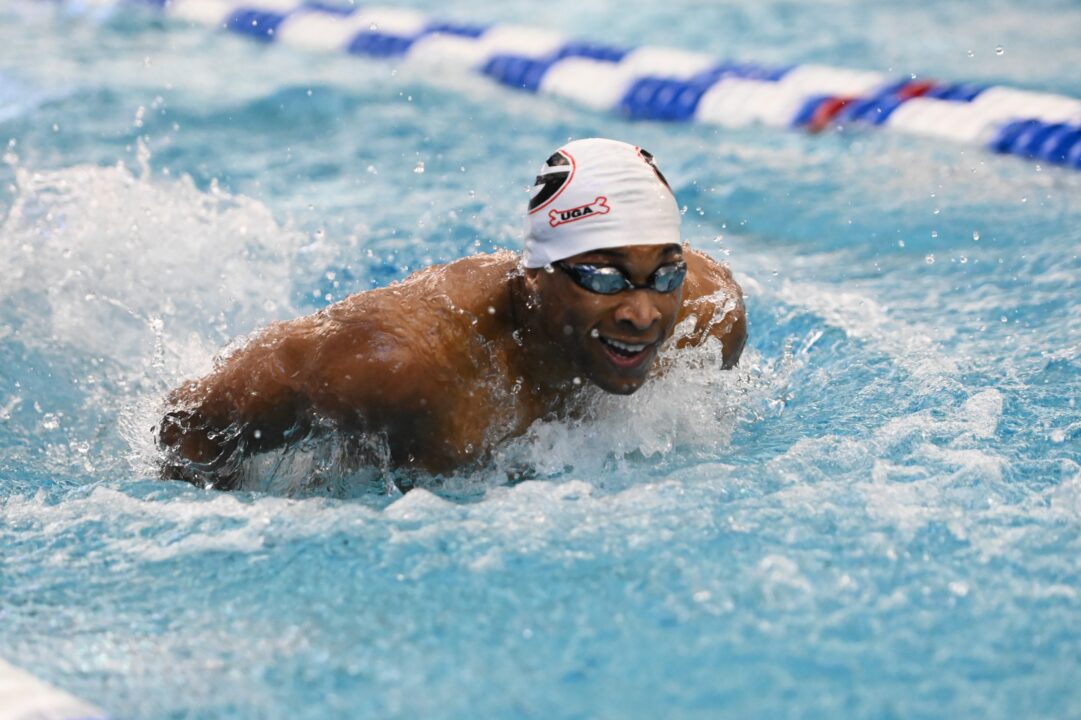 Club Wolverine is hosting the Eric Namesnik Memorial Open this weekend in Ann Arbor. The meet features a mix of some prominent college swimmers and club teams in Michigan and the surrounding area. Some of the bigger clubs attending the meet include Club Wolverine (of course), Carmel Swim Club, Dayton Raiders, and Badger Swim Club from New York. Marlins of Raleigh (NC) also have a sizable group coming up to Canham for the meet as well.

The women’s 100 free could prove to be an exciting race between Shackell and Michigan’s Lindsay Flynn, who is the #2 seed and improved a ton during her freshman season at Michigan. Flynn is also the top seed in the women’s 50 free.

An interesting entry in the meet is Camden Murphy, a pro swimmer and former Georgia Bulldog All American. Murphy is still representing Athens Bulldog Swim Club, although he’s from Michigan, so he’s coming home for the meet. Murphy competed with DC Trident during ISL Season 3, posting some solid SCM times. He swam at the U.S. International Team Trials in April, clocking lifetime bests in the 50 free and 50 fly. Murphy is entered in the 100 fly, 200 fly, 50 free, 100 free, and 200 IM.

In the men’s 50 and 100 free, it’s Oakland University’s Christian Bart, who is competing with Oakland Live Y’ers (OLY). Bart, a multiple time Horizon League Champion, is also the top seed in the men’s 100 breast.

Michigan’s Jared Daigle is the top seed in 3 men’s events. Daigle comes into the meet leading the pack in the 200 IM, 400 IM, and 100 back. He’s seed first by a large margin in both IMs, however, the men’s 100 back looks like it could be a dogfight.

OU Pride! Go Christian and all other Oakland swimmers 👍🏼

My goal for this meet is to not get last….

Bout to be poppin