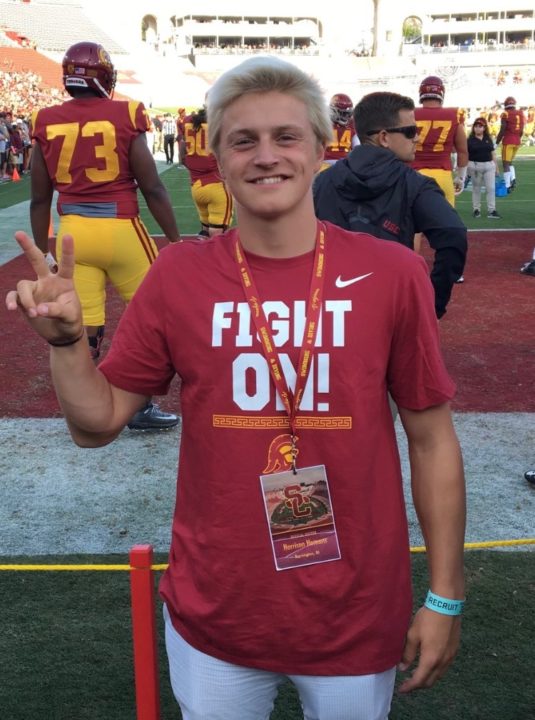 At the 2020 SEC Championships, Homans placed third in the 200 fly and sixth in the 200 back in an impressive last-day double. Archive photo via Harry Homans

After being part of the University of Georgia program for the 2019-2020 season, Harry Homans has transferred to the University of Southern California in the Pac-12. He’s enrolling now and should have three seasons of eligibility remaining with the Trojans.

Homans is from Rhode Island and trained with Bluefish Swim Club before joining the Bulldogs in fall 2019.

I’m enrolling at the University of Southern California starting this semester. I’m excited to be joining the team and I can’t wait to start working with Coach Jeremy Kipp and the rest of the staff. I‘m very grateful for the support that Jack and the staff at Georgia have given me this past year and a half, and I wish them the best.

Homans is strong at anything besides breaststroke, and he could be a major contributor in a number of events for the Trojans.

Take a look at Homans’ progression in his single season in Athens:

Had some issues he needed to work out. Swapped teams a bit in high school as well as now college hopping. Good luck to him at his new school, hope it works for him.

Also committed to unc and backed out of that too!

Probably because of Coley Stickels.