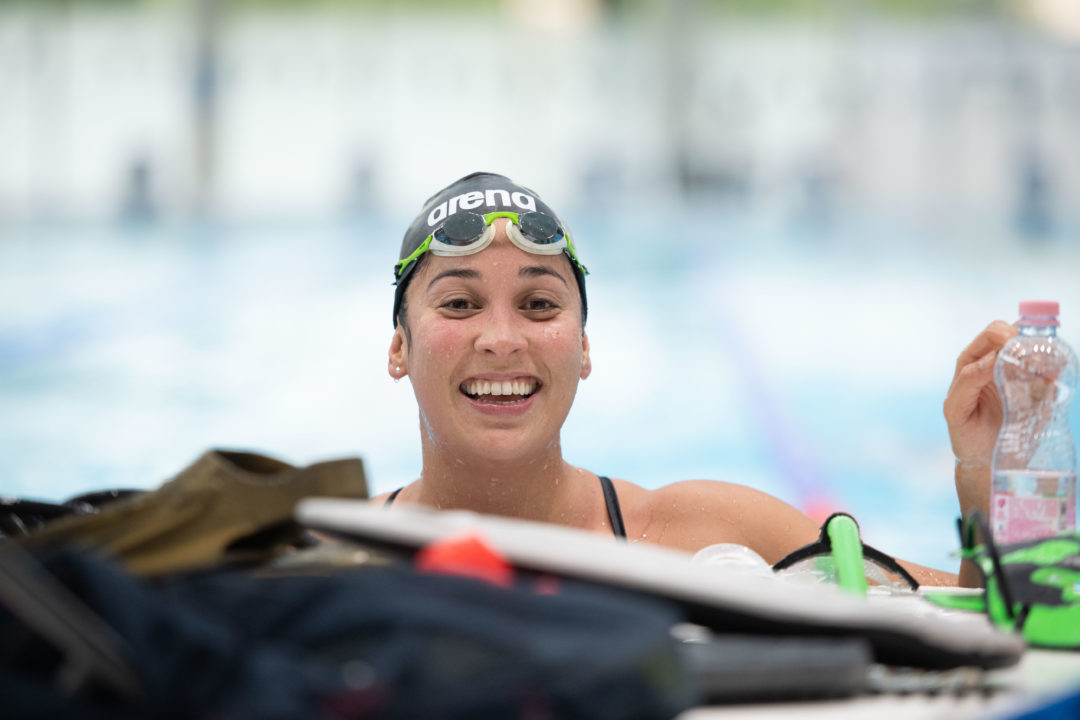 Ranomi Kromowidjojo of Iron led the MVP point standings for Match 2 of the ISL’s regular season, notching a total of 56 points. Christian Diener of London Roar finished second with 53.3 points, followed by Szebasztian Szabo of Aqua Centurians with 49.5 points. Just behind Szabo were a trio of London teammates, all with 47.5 points: Kira Toussaint, Marie Wattel, and Maria Kameneva.

Kromowidjojo began the 2020 season by winning the women’s 50 free, 100 free, and 50 fly individual events. She made it through two rounds of the 50 back Skins race, picking up points for each round. She also scored points when her 400 free relay came in third, but had a point removed with the disqualification of the medley relay. Kromowidjojo’s biggest win was in the 50 fly, where her time was so fast (24.74), that she stole the points of finishers 4 through 8 and bagged 24 Jackpot points for Iron.

London Roar’s Diener began with wins in the 200 back and 50 back; he Jackpotted points from finishers 5-8 in the 50. He was on the third-place men’s 4×100 medley and finished third in the 100 back individual event. Diener hit paydirt in the Skins race. He survived the first round by tying for 3rd place with Iron’s Guilherme Basseto. Next, he finished second to London teammate Guilherme Guido in the semifinal. And finally, Diener beat his teammate by nearly a body length to get the Skins win. Diener and Guido added massive team points for the Roar and Diener earned his spot among the match MVPs. He took home $13,000 for his race results and another $6,000 for the MVP bonus.