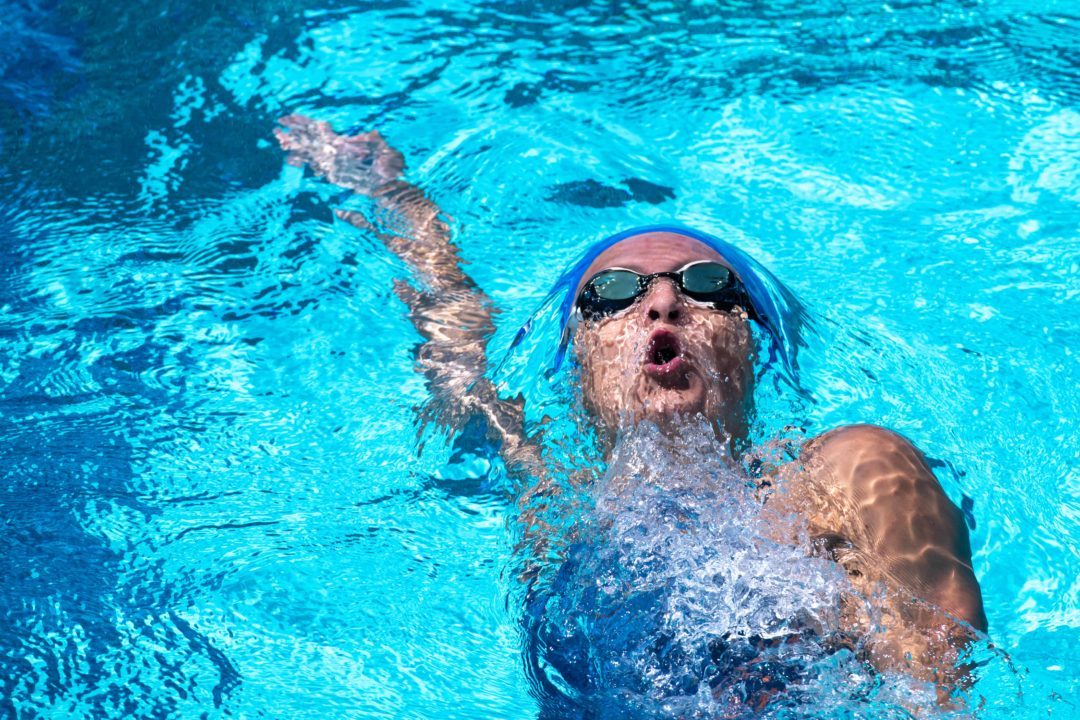 Paige Hetrick (above) is the top seed at the 2019 YMCA Long Course National Championships that kick off on Tuesday in Maryland. Archive photo via Mike Lewis/Ola Vista Photography

Swimming at the YMCA level will include a ‘National Swimming Festival’ with regional competitions compiled together for national rankings.

YMCAs around the country are struggling financially, and the national organization is focused there, rather than hosting national events, for 2021.

Former YMCA Swimming Head Official Don Varner died on May 22 at the age of 91 after dedicating over 25 years to the sport.

The YMCA of the USA has cancelled its 2nd swimming national championship meet of 2020: this summer’s long course event.

The 2019 YMCA long course National Championships kick off on Tuesday. After some uncertainty early in the process, they are back in College Park, Maryland at the University of Maryland pool this year.

The meet is generally the more lightly-attended of the two Y Nationals events (with the short course yards meet being in the spring) as swimmers split their time among a number of meets over the next two weeks, including the NCSA Junior Nationals, the USA Swimming Nationals, the USA Swimming Junior Nationals, Zone Championships, and Futures Championships. The meet still does have a big field of athletes attending, though: case in point, in the women’s 100 free this summer, there are 107 entries. That’s down from 170 in the spring.

The women of the Sarasota Family YMCA won the 2019 short course title, but have not entered a team at the long course meet this year. Among the front-runners for this year’s title, then, is the ME Lyons Anderson YMCA in Cincinnati. They were 15th in the spring, but this summer boast a strong roster that includes the top seed in the girls’ 200 breaststroke Kate Overbey, Meredith Moellering, the 3rd seed in the 100 fly Meredith Moellering, and the 2nd seed in the girls’ 400 free Grace Hastings. They aren’t as big of a squad as teams like Cheshire, which won the girls’ title last year, but have a lot of top end talent.

Other Top Names to watch in the girls’ meet:

On the boys’ side, last year the Red Branch Bank YMCA and the Somerset Hills YMCA, both in New Jersey, had a barn-burner finish for the team title, with Red Bank ultimately winning by 7.5 points. The two teams were each far ahead of the field, and both have brought massive rosters again this year.

While depth wins at this meet, both teams have stars back again this year. For Somerset Hills, that’s 18-year old Brown University commit Lukas Scheidl. He’s the top seed in the 100 fly, 200 fly, 200 IM, and 400 IM. The latter of those two races are wide open this year, with National Record breaker Matt Fallon not entering this year’s meet for Somerset Valley (another New Jersey team).

Other Top Names to watch in the boys’ meet:

lets go schlukas and the rest of SHY!

Nobody goes to the YNaT summer meet. But good luck anyway.

Keep dreaming you’re Indiana or Michigan BuckeyeBoy! Who wouldn’t want to go for OT cuts at the Nat? Faster pool than Palo Alto!