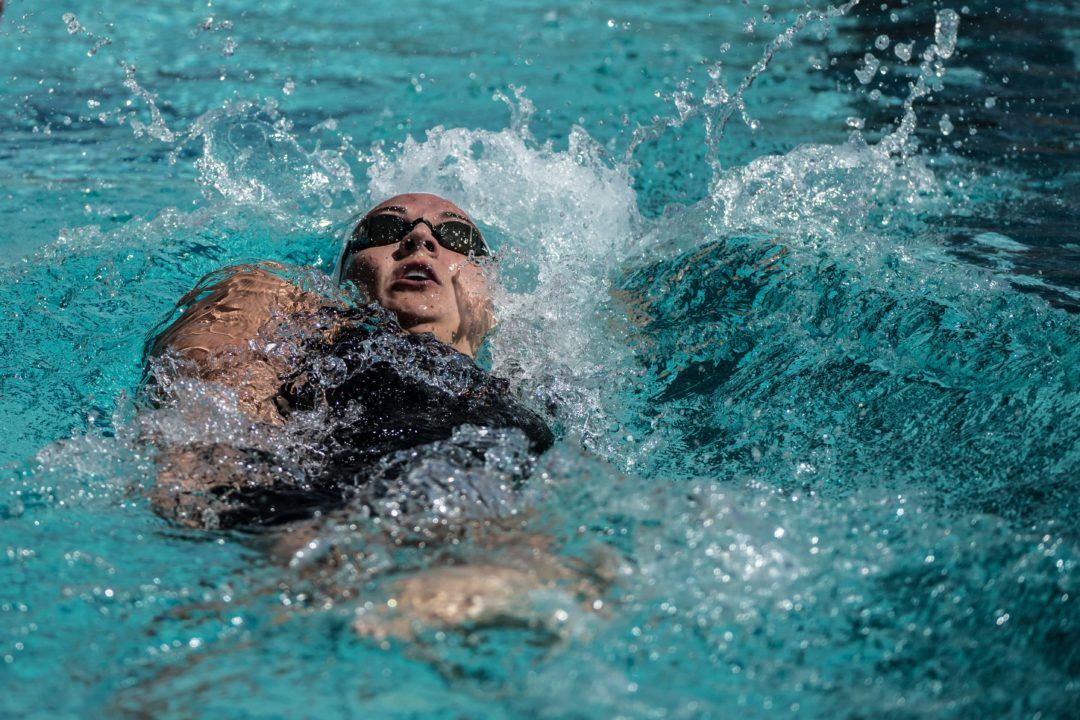 Toronto's Kylie Masse will be looking for a fourth consecutive backstroke sweep at the U SPORTS Championships in Vancouver. Archive photo via Mike Lewis/Ola Vista Photography

The 2019 U SPORTS Swimming Championships kick off Thursday from Vancouver, British Columbia, as the best university swimmers in Canada will finish off their season and battle for the National titles.

The hosts from UBC come in as the two-time defending champs for both the men and women, with the women in particular having been dominant recently with six titles over the last seven years. Both Toronto Varsity Blue teams, who won swept the titles in 2016, have historically been UBC’s biggest challenge and are coming off Ontario titles a couple weeks ago.

The meet will uniquely feature prelims contested in short course metres and then finals in long course metres.

Masse will look for a fourth consecutive sweep of the backstroke events, and will also take on the 50 fly after she swam and won the 100 fly last season.

Other notable names in action include Olympic medalists Katerine Savard of Montreal and Emily Overholt of UBC.