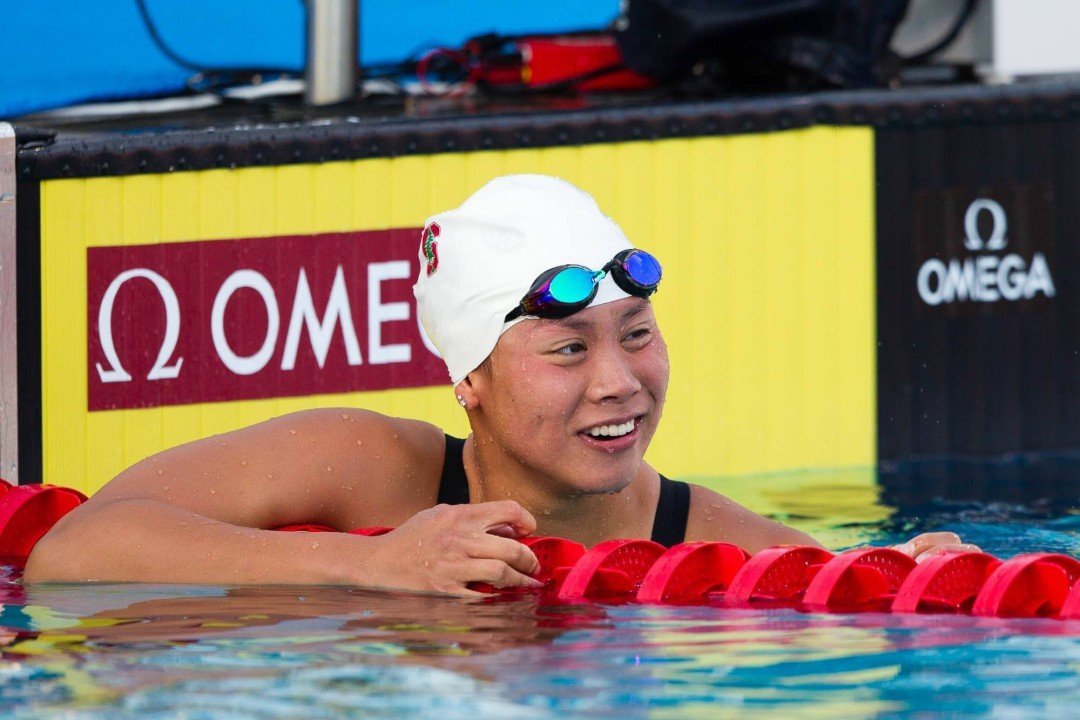 Multi-All American in her Stanford days, Felicia Lee is expected to compete this weekend in Indianapolis as a Masters swimmer. Archive photo via Tim Binning/TheSwimPictures.com

The 2018 U.S. Masters Swimming (USMS) Spring National Championships kick-off on Thursday, May 10th in Indianapolis. Taking place at the storied IUPUI Natatorium, this year’s event is set have the largest turn out of swimmers in the near 50-year history of USMS. There are 2,378 swimmers from all walks of life registered for the meet, with any one swimmer having a 5-individual event cap. Among those vying for a USMS national title are several former college standouts from high-profile programs such as the University of Florida, Stanford, Ohio State and Notre Dame.

Former Gator Ryan Rosenbaum will be trying the 1650 on for size on Thursday before turning his attention to other events such as the 400 IM and 100 IM later in the meet.

Sean Monahan and Andrew Appleby, both former Buckeyes, are expected to compete across multiple events in the men’s 18-24 age category as well, while former NBAC squad members Felicia Lee and Frank Dyer will also be competing. Lee, formerly of Stanford, holds the #1 seed in the 50m back, 100m back and 100m IM for the 18-24 age group.

Kenyon College’s national champion Hannah Saiz, is also slated to race this weekend in the women’s 25-29 category, including in her pet event the 200 butterfly.

USMS mainstays Erika Braun, Noriko Inada and Steve West are among the elite swimmers racing in the meet, looking to do some damage in their respective age groups.

The meet is SCY not meters.

Yeah I got confused for a second there

Host of Oakland Swimmers there too!