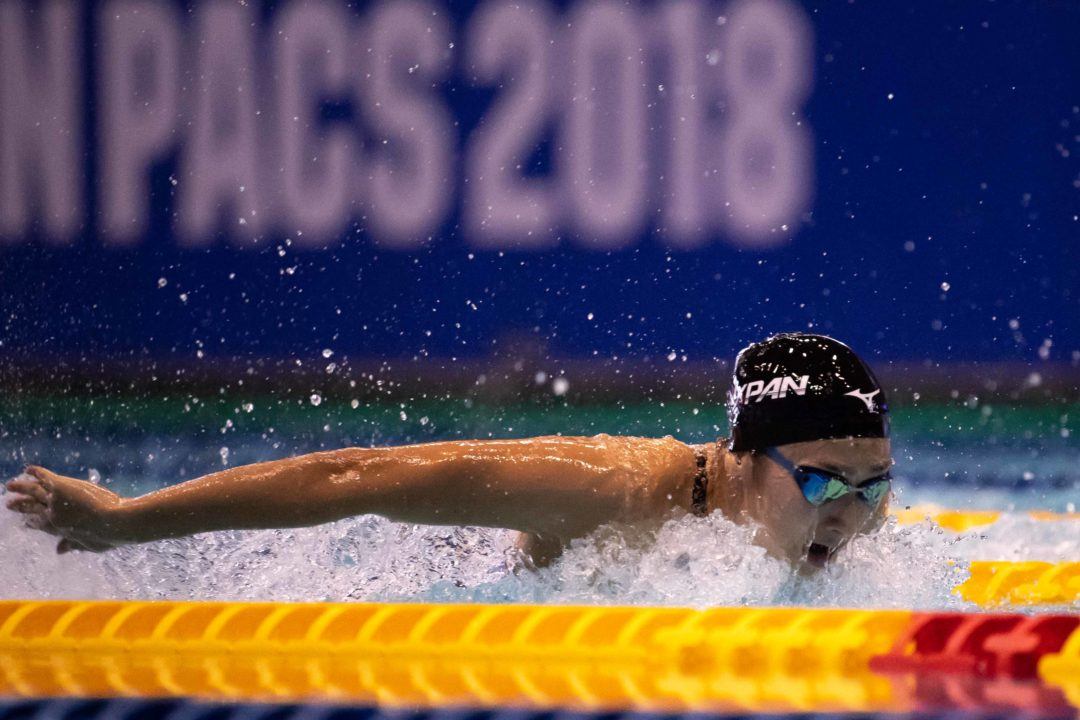 Although Rikako Ikee is listed on the start lists for this weekend's Manchester International Swim Meet, it's doubtful she will be racing, as the teen is currently in Turkey training with Sarah Sjostrom. Archive photo via Mike Lewis/Ola Vista Photography

A total prize money pot in excess of £10,000 ($13,000 USD) will be awarded across the top 12 male and top 12 female athletes in the open class, based on FINA points per individual swims as follows:

In addition to the British athletes such as multi-Commonwealth Games medalist Freya Anderson, Olympic medalist Stephen Milne and newly-funded teen Nicholas Pyle, the primary draw for this event may be teenager Rikako Ikee.

Although the 2018 Asian Games MVP appears on the entry lists, she is currently on a 2-week training trip in Turkey with Energy Club team member and Olympic champion Sarah Sjostrom, as we reported. With this MISM coming u in just 3 days, it’s unconfirmed if Ikee will indeed make her anticipated appearance in Manchester.